The in-between spaces (on the passing of Prince) 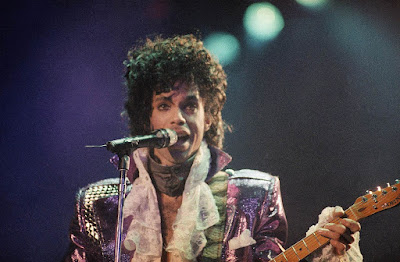 One of the stranger parts of having been the kid in high school with very different interests from most everybody else is that whenever a prominent musician dies now, I can almost never join in the chorus of those who claim that musician as a big part of the soundtrack of their lives. It’s very strange, this curious sense of not really being a part of the larger culture that surrounds me.

I had nothing against Prince. I liked some of his music a great deal, and I could leave other stuff of his on the table. I know very little about his output beyond Purple Rain and whatever else he did over the next few years back then. This is not meant as an indictment of Prince in any way at all; it’s just an observation of what was important to me at the time and what remained so. In my teenage years I was not a huge rock or pop listener. At that time, I was going deeply into classical music, and the thing about classical is…well, most of the big ones are already dead. Classical music doesn’t break your heart quite the way I suppose pop music does. I mean, classical music does break your heart, but it’s not the same.

Likewise, when people pass away who are a part of the fabric of my cultural life, there’s a certain loneliness involved. I don’t set out to not really be a part of my own culture, but the heart loves what it loves and really, that’s about all there is to it.

Anyway, farewell, Prince. I kind of wish I’d known you better. And who knows…maybe I will.

scrawled here by Kelly Sedinger at 6:52 AM

Beyond his music, he was heroic in the way he fought with his record company - even if it came off as "weird" . Weird in the short term becomes brave in the long term.

I'm kind of in the same boat as you, Kelly: I knew who he was and I knew that he was musically gifted but at home I mostly listened to WCLV (Cleveland's big classical station; I hope they still exist) because that was what I listened to as a kid (my parents are classical fans). I knew him mainly because some of my friends liked his music.

(And yeah, I always felt like the weird kid. I still feel like I'm weird as an adult. I know I should just make peace with that and weird is okay, but I spent too many years on the outside of groups looking in to be totally comfortable with it)

It does make me feel like I'm starting to get old to see all these people who were around when I was in high school starting to die.