I had a couple of book reviews run at GMR a while back:

:: Ensign Flandry, a space opera novel by Poul Anderson. Now I need to track down the other titles in the Flandry sequence. This book was quite a bit of fun.

(But as an aside, let's talk about cover art for a moment. Apparently the book has been repackaged as part of a series called Flandry of Terra, and via Amazon, here's the cover art for that repackaging: 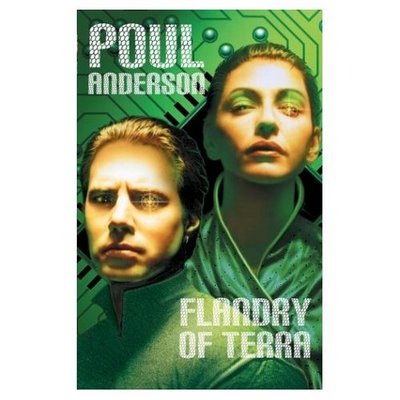 That looks pretty dour, serious, and frankly, a little dull. My review copy of the book, though, sported this cover: 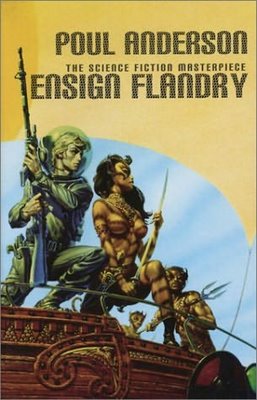 Frankly, if I see these two books adjacent one another on the shelf at Borders, I know which one I'm picking up, if I'm looking for an SF adventure yarn. That's what that second cover indicates (and it's actually pretty reflective of events in the story itself, too, which isn't always the case with SF cover art). That first cover says to me "Serious Hard-SF here", which isn't what Ensign Flandry is, and it says it in fairly generic fashion, too. Lots of SF novels look like that, and the gleaming eye-thing actually makes me think that Locutus of Borg had kids. When did we decide that SF novels have to have cover art that's so dull?)

:: A Chalice of Wind is the first book in a young-adult horror series. Not bad, if you like that sort of thing. Better characterization that most YA stuff I've read recently.

:: The Caliph's House: A Year in Casablanca is a wonderful read in a genre I've recently developed a fascination for. I'm not sure what you'd even call this particular genre, but it involves people who are unsatisfied with their current lives, so they uproot and move to someplace completely different. This fellow moved his family from London to Morocco, and his memoir of that year is by turns hilarious and harrowing. (This is also one of the few books about which I ever found myself thinking as I was reading, "This would make a great movie.)
scrawled here by Kelly Sedinger at 9:58 AM