I raise a glass to you, Dr. Vishniac

It's amazing what stories stay with us through the years. Some stick for obvious reasons, but some do not; some just stick all on their own. When I was in fourth grade, more than forty years ago, I watched the first broadcast of Carl Sagan's science show Cosmos. In the fifth episode, entitled "Blues for a Red Planet", Sagan discussed at length Mars and our human relationship with that planet, up to and including the Viking Lander.

In the midst of that episode, while discussing the possibilities for life on Mars, Sagan related a story about a friend of his, a microbiologist named Wolf Vishniac, who developed experiments that a robot ship sent to Mars might be able to perform, testing the soil for the presence of microbial activity. 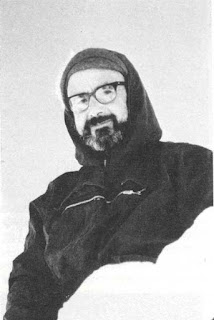 Here is the excerpt in question. I have remembered this story, the sad story of Wolf Vishniac, to this day. I think of Dr. Vishniac, a man born almost a hundred years ago and dead almost fifty, often when I am reading or thinking about the current state of Martian exploration. On this day, when NASA landed another rover on the Red Planet whose primary mission involves testing for evidence of life, I honor his contribution to the quest for an answer to a simple, but profound, question: Was there ever, or is there now, life on Mars.