2021 in the Books: Beethoven, Merlin, and the Hardy Boys meet Veronica Mars

Here's some of my recent reading!

::  Beethoven: The Relentless Revolutionary by John Clubbe is simply superb. I wanted to get this one done in time to blog about it during 2020, but getting it done this year is fine. 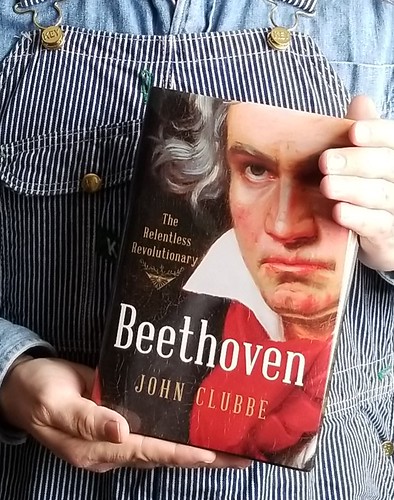 While not really a "life and works" biography, Clubbe's book has enough of that within its pages that it would suffice if one was looking for a single-volume account of Beethoven's life. Clubbe is more interested in tracing through Beethoven's life and music the influences of late-18th and early-19th century revolutionary history and politics. Beethoven emerges not just as a towering figure in art, then, but as an important historical figure in his own right. Many histories of music and biographies of artists don't really do this kind of heavy lifting; any history is often treated as incidental. Mozart, for example, is often shown not as a part of history, but as a force of his own, only occasionally interacting with history, such as in his dealings with Emperor Joseph II of Austria.

Beethoven, on the other hand, was profoundly impacted by history, and Clubbe shows this readily by tracing Beethoven's artistic influences and artistic goals in the light of the revolutions in human rights and political philosophy that shaped that time. Napoleon Bonaparte turns out to be a deeply important figure in Beethoven's world, going far beyond the famous anecdote of the great composer initially dedicating his Symphony No. 3 in E flat major to Napoleon, and then ripping the dedication away when the Frenchman declared himself Emperor.

Beethoven's music thus reflects both the turmoil of the age in which he lived and no less the turmoil within himself. As he matured, he affirmed ever more passionately the ideals in which he believed. By focusing on the revolutionary origins of his music, itself a response to the revolutionary age in which he lived, we enter the heart of his genius. For listeners, past and present, who have yearned for political and social change, Beethoven's music has been and remains an inspiration.

This book is outstanding and I highly recommend it.

::  The Crystal Cave, by Mary Stewart. 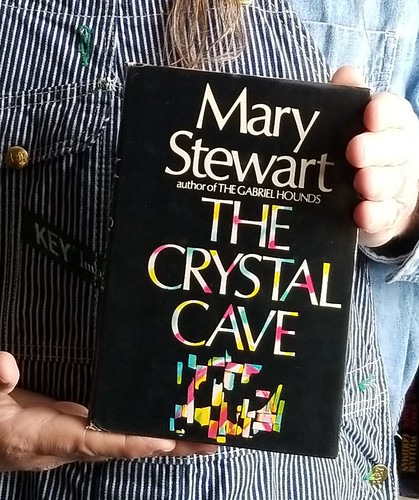 This was a re-read of the first book in Stewart's Merlin trilogy, which I first read almost thirty years ago when I went on a massive Arthurian binge during my collegiate years. I was obsessed with "the Matter of Britain" back then, and those stories have held a special place in my heart ever since. I remember finding Stewart's trilogy, with a fourth book she added on later, in a boxed set in a shopping mall bookstore while on a tour with my college band, someplace in Wisconsin, and I read the four books the following summer. I remember loving them as I read them, but I never re-read them until now, although I've intended to re-read them for several years now. Time to get that job done!

Stewart wrote The Crystal Cave in 1970. How does it hold up fifty years later? Quite well, in all honesty. Stewart writes a very historically-focused story here, keeping the fantastical elements to a minimum. The Arthurian saga has always presented problems to those who would write stories based on it, seeing as how there is no single "Arthurian saga"; what we call that, or "the Matter of Britain", is a collection of tales and stories that accrued and gathered and evolved over hundreds of years. This can result in a lot of versions to take on a disjointed feel, which Stewart avoids by making Merlin, not Arthur, her main character; in fact, Arthur himself doesn't arrive on the scene, and then only by virtue of being born, until the very end of The Crystal Cave. Everything up to then is Merlin's story: his questionable birth, his entry into the world of post-Roman Britain mysticism, and his dealings with the pre-Arthurian Kings like Vortigern and Uther.

Stewart's prose is cooler than I remember, heavy on description and with long paragraphs. In this she might not appeal quite as much to modern readers, but I like this Tolkienesque approach. Her characters are sharply drawn, though, and Merlin's adventures are interesting throughout. There's a lot of military maneuvering in this book as armies tromp all over Wales, which is something I didn't remember from my first reading, but then...it's been a while!

I will be reading the other two books in the trilogy later this year.

::  The Montague Twins: The Witch's Hand, by Nathan Page and Drew Shannon.

I checked this out of the library on a whim, because I like to use graphic novels as way to cleanse my reading palate from time to time. This one is an absolute delight. I loved it! 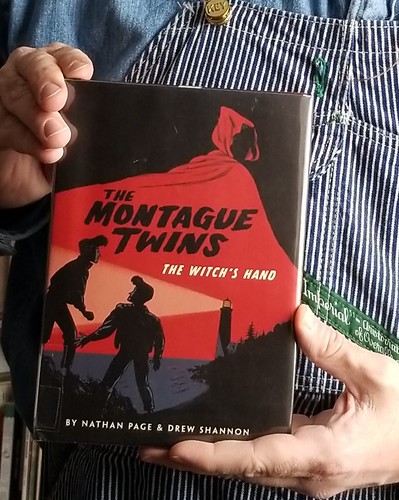 Basically, what you have here is something that reads like The Hardy Boys mashed up with Veronica Mars, set in a small New England town in the 1960s, with magic and witchcraft thrown in. Actual magic and witchcraft, mind you, not the Scooby-Doo fake magic-and-monsters that always turns out to be Old Man Carruthers in a rubber suit and latex mask, who "woulda got away with it if it hadn't been for you meddlin' kids."

Our leads here are, yes, "the Montague twins", but they have a larger supporting cast to the point where it seems like actually calling the book The Montague Twins feels like a bit of a misnomer. But they're two late-teen twin brothers who wear their hair in stylish pompadours and who investigate local crimes. As the book opens, they've successfully located the missing dog of the local Very Rich Family Who Owns Everything, and yet oddly, the Very Rich Family doesn't seem quite as happy with this as they should, which does play in later in the book. There's a lot of bad-blood history in this book that comes out over the course of its story, not all of which is exactly surprising but a lot of which is satisfying in the "A-ha, I knew it!" way.

What I loved most about this one is that it takes its time. We live in a storytelling epoch in which pacing is seemingly everything, in the sense that the faster-paced the better. One bit of writing advice I see all the time is "Every word must advance your story, and if it doesn't, cut it!" This has resulted in stories that are constantly rush rush RUSHing their way through their plot beats, with no time for the reader to digest or think or linger in the world or enjoy a quiet moment here or there with characters. The Montague Twins: The Witch's Hand does not rush, which pleased me greatly. Not every story has to whip by like a damn episode of a CBS procedural, folks!

I read that a sequel is forthcoming to this book. I hope it's a success and there are more to come!

scrawled here by Kelly Sedinger at 11:32 AM