2021 in the Books: Greeks by any other name, and how I learned to stop fearing the budget deficit!

::  Lloyd Alexander has been one of my favorite authors since I was a kid, but that assessment is basically on the strength of just two of his series: the Prydain Chronicles (which are a classic of 20th century fantasy), and the Westmark Trilogy (which I also consider a classic of "historical fantasy", the genre that my favorite author of all time, Guy Gavriel Kay, calls home). I had never read much beyond his output in those works, so I read The Arkadians. 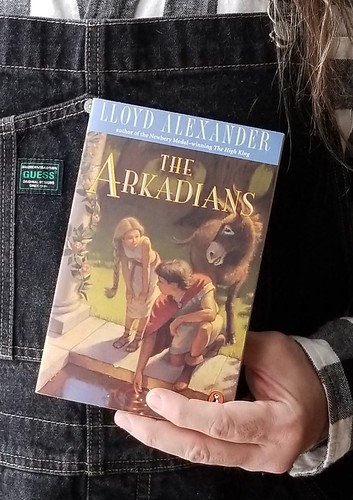 Alexander was definitely drawn to the trope of the earnest young man thrown into the deep end of adventures involving the powerful (and usually nasty) people of his world, and this book is no exception. Lucian is basically an accountant, a bean-counter in the King's court, when he manages to overhear the King's soothsayers plotting against the King. Just like that he is forced to flee, and like other Alexander protagonists, he travels the world looking for a way to get his life back while he finds friends along the way. Here he meets a poet who has been turned by curse into a donkey, and a girl who has secrets of her own. Lucian embarks on adventures that recall the Greek epics, albeit with more gentle humor and a lot less violence.

The Arkadians is steeped in Greek mythology, but Alexander doesn't beat you over the head with it, which is something I remember from the Prydain books: the Welsh myth in those books was very muted, something you almost had to look for. It's the same here, and Alexander's prose style makes for a fun and breezy read. There's none of the emotional heft in this book that you find in Prydain or Westmark, but that's not a complaint at all.

::  Americans tend to worry a lot about the Federal budget deficit and the national debt, and rightfully so.

Or...do they rightly worry about those things?

What if we're worry about the wrong thing? And what if, by worrying about those things, we handicap our own governmental response to the issues of the day? 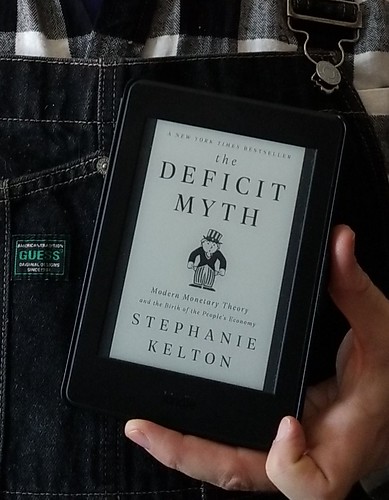 I am the first to admit that I don't have the strongest foundational of knowledge when it comes to economics, but I have felt a vague sense for years that our discussions of these issues is based on a whole damn lot of faulty assumptions. We talk about dollars that only exist as ones and zeroes in certain columns on a computer drive somewhere as being genuinely real dollars, and we constantly kvetch about government debt and deficits. (Well, we sometimes kvetch about those things. It usually depends on which party is in control of the levers of power in Washington.

I've also been hearing for years that "Government should be run like a business!" and "Government has to live within its means, like a household budget!" and so on. I've always had the vague feeling that these sentiments are completely wrong, but I could never really articulate just why I thought those sentiments were completely wrong. Along comes this book, The Deficit Myth, by Stephanie Kelton, an economist at Stony Brook University who has also worked for Senator Bernie Sanders. Her central argument is that deficits and the debt don't really matter, not really, for many reasons, the most important being that the United States is monetarily sovereign and its government is an issuer of its own currency, so by definition, the US government cannot go broke. The things to focus on, for Kelton, are employment and inflation.

I found Kelton's arguments interesting and even convincing a great deal of the time, even if I didn't always understand the more technical, nuts-and-bolts aspects of her positions. She focuses quite a lot on a "job guarantee" program administered at the Federal level, which would maintain full employment even in times of economic downturn, which is an interesting approach. I did find myself wondering how this will work as automation takes over more and more of the typical work of human beings. I count myself among those who believe that we are rapidly approaching a point where there simply won't be enough work for humans to do, and that's going to pose serious problems. Will we start transitioning to an economy that is not based on work? Or will we prop up the work economy by simply creating busy work? These issues don't come up in Kelton's book, and I found myself wondering about them.

Still, this book is an engaging and even interesting read.