Eddie's gone. This one hurts, folks. 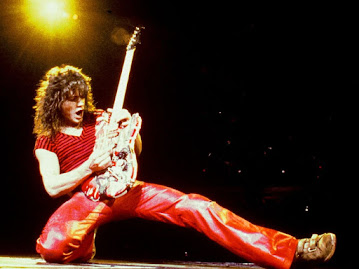 I dunno. I have a particular affection for "Big Bad Bill (Is Sweet William Now)" from Diver Down, which is my only VH album on CD. (I have a few on vinyl).