Not a tone poem this week, but an actual symphony, one written originally for a very large wind band for an outdoor ceremonial purpose by Hector Berlioz. This work, called the Grande symphonie funebre et triomphale, was actually one of Berlioz's most popular works during his lifetime, although like everything he else he wrote that wasn't the Symphonie fantastique, it languished out of the repertoire for many years after his death. The symphony consists of three movements: a funeral march, followed by a "funeral oration" (including a lyrical part for a solo trombone), and then a triumphal march which Berlioz later edited to include optional strings and chorus. While there is no connection between this work and the Cathedral of Notre Dame, it seems to me that this work suits the mood surrounding yesterday's disaster at that great building: grief, and mourning, and the certainty that the building will rise again as it has more than a few times in its 800-year history. 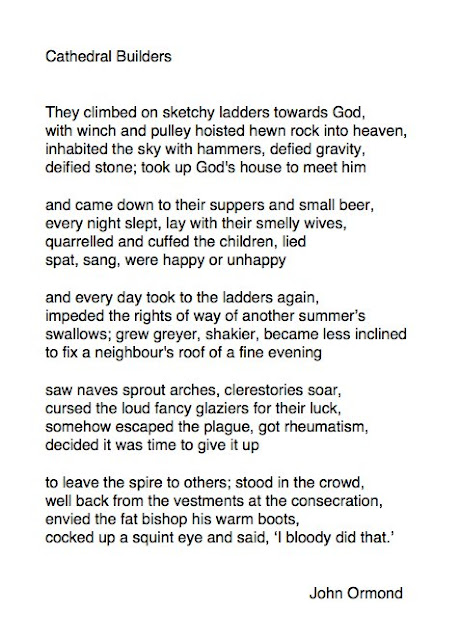