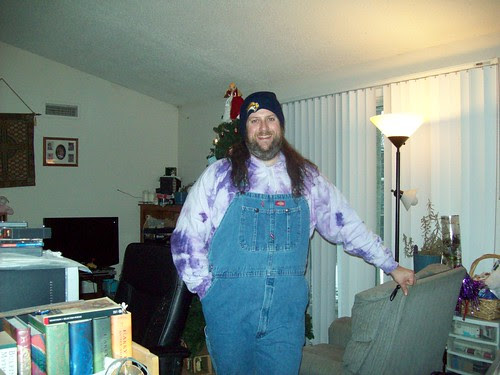 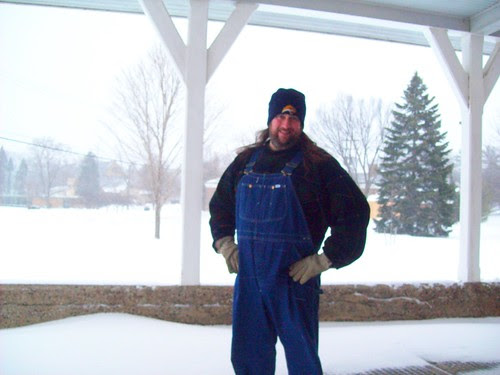 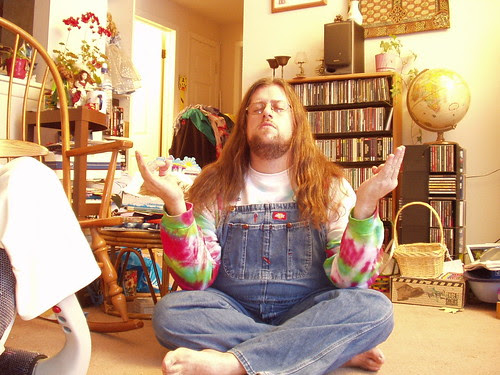 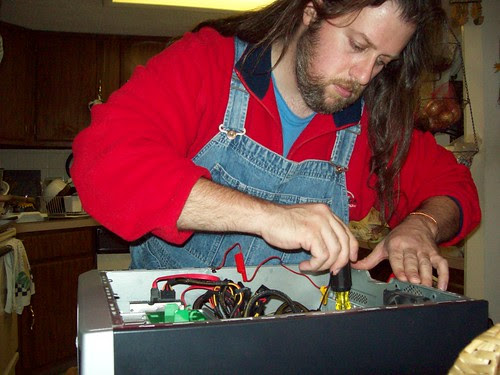 I noted some months ago how bemused I am at the whole idea that there's an industry whose job it is to determine what "looks good", clothing-wise, and that people will think something looks really good one year but then, some years later, react with horror that they ever dressed that way, and then, some years even later after that, end up wearing something pretty close to what they had in the first place. I remember seeing 1970s styles recur with a bang in the 1990s, and I'm sure that kind of thing is going to happen again soon.

From time to time I see blog posts and articles out there that opine that overalls were an awful, awful trend in the 90s and that no one older than five or who doesn't work on a farm should wear them and they're not flattering and yada yada yada. I even saw a bunch of people who weighed in on Jesse James's cheating on Sandra Bullock by saying thing like "What do you expect from a guy who wears overalls?" Ye Gods! Oh well. But I remember that overalls weren't strictly a 1990s thing; I saw them off and on pretty much from the 1970s onward. And even when they became really popular in the 90s, overalls weren't a brand new fad that no one had ever heard of before. They didn't show up when grunge music became popular, or when somebody was wearing them with one strap unfastened in some music video. They were always around.

As for overalls being "unflattering", well -- I've never really understood what "flattering" means. I do know that the prevailing fashion today, and for a number of years now, is for tight clothes that reveal every curve of the body. I don't get this, frankly, having never been a fan of tight-fitting clothes, but there it is. "Flattering" seems to equal "revealing", and overalls certainly aren't revealing. There's no denying that: overalls are more concealing than anything else.

But here's the thing, and it's why I've always thought that women tend to look so good in them (as long as they're not wearing a pair that's literally two sizes too big or anything like that). They're only partially concealing, and if they hide certain curves, they don't do so completely, and they don't do so from all angles. I find overalls flattering in the sense that they're suggestive. They're teasing and playful. That's what I like about them. Here's an example. This woman has no shirt on under them (I think), but that's the point -- you can't tell! Here's another example -- now, I grant that overalls don't do a whole lot to accentuate the female posterior, but as I'm not what they call an "ass-man" (wow, I hate that term, but it's all I got), I'm not bothered, and you still get a sense of that woman's shape without having it completely revealed by clothes that reveal every inch of her personal topography. Ditto here, here, here...well, you get the idea. Not so much here, but that's my point. There's no need to look clownish! 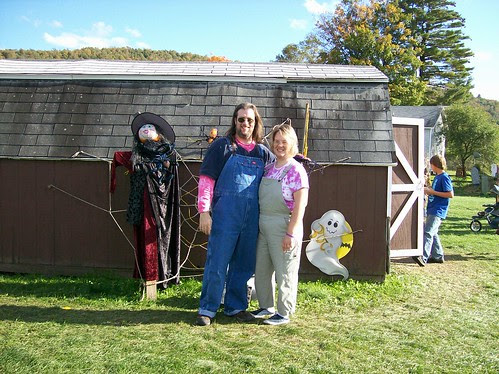 scrawled here by Kelly Sedinger at 12:22 AM

IMO overalls are not flattering but that's really not the point is it?

There was a guy in my high school class (76) who occasionally wore bold red and white striped overalls. They were definitely not considered fashionable but obviously he bought them somewhere so they were around.