It's almost June, so it's just about time to retire the flannel shirts until maybe late September, but more likely, some time in October. 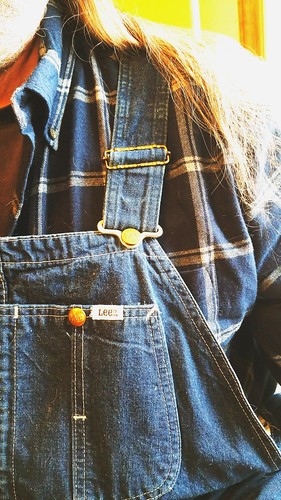 When I was a kid, in third or fourth grade, my father decided that I needed to wear flannel shirts. At the time I did not understand this. I quite hated collared shirts as a kid, for whatever reason, so I took a rather instantaneous dislike to the flannel shirts that ended up in my closet. As I recall, they were new and stiff and scratchy, and all of that was on top of my already-establish dislike of buttons and collars. (Again, I've no idea why I hated those things so much. We all have things about which we are dumbasses in our youth; collared shirts were one if mine.) 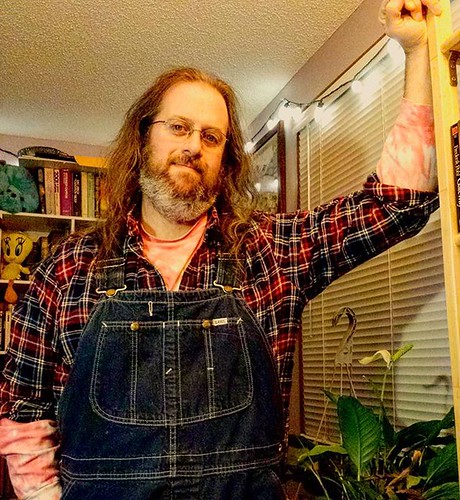 Even when I started coming around some years ago on collars and button-ups and such, I was still kind of hesitant about flannel, because while I've long since discovered flannel bed sheets and I have a couple of denim shirts that are flannel-lined, I still have that association with stiff, scratchy flannel collars and shirts that fit, well, stiffly and scratchily. Also, there was a bit of fear that flannel--especially plaid flannel--paired with overalls would make me look like something of a cast extra from Hee Haw. (That show was on a lot in our house when I was very young, which may explain where my lifelong love of bib overalls comes from. And since it was a variety show in the 70s, I'm guessing the occasional pie wound up in a face or two....)

Over the last couple of years a few flannel shirts have made their way into my wardrobe, though, via thrift stores and eBay, and I'm happy to report that I am finally embracing that particular fabric...and even in the plaid. Hey, there's a reason why plaid flannel and overalls is a classic combination, right? And yes, it's a classic combination! 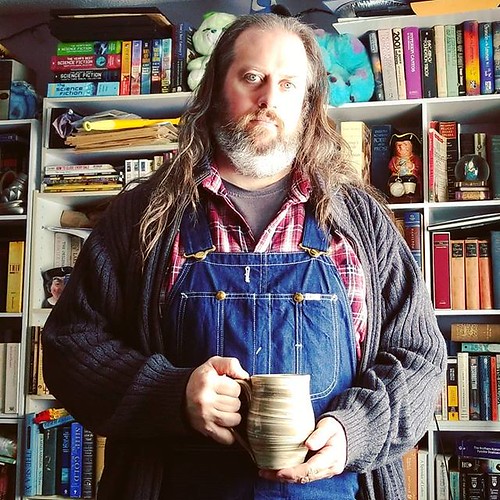 I started with a couple of flannel shirts that I picked up at the local thrift stores, and while I like these, they're a bit more broken in than I would like. I have since found more intact ones (new, with tags) on eBay, including a black-and-white checked shirt... 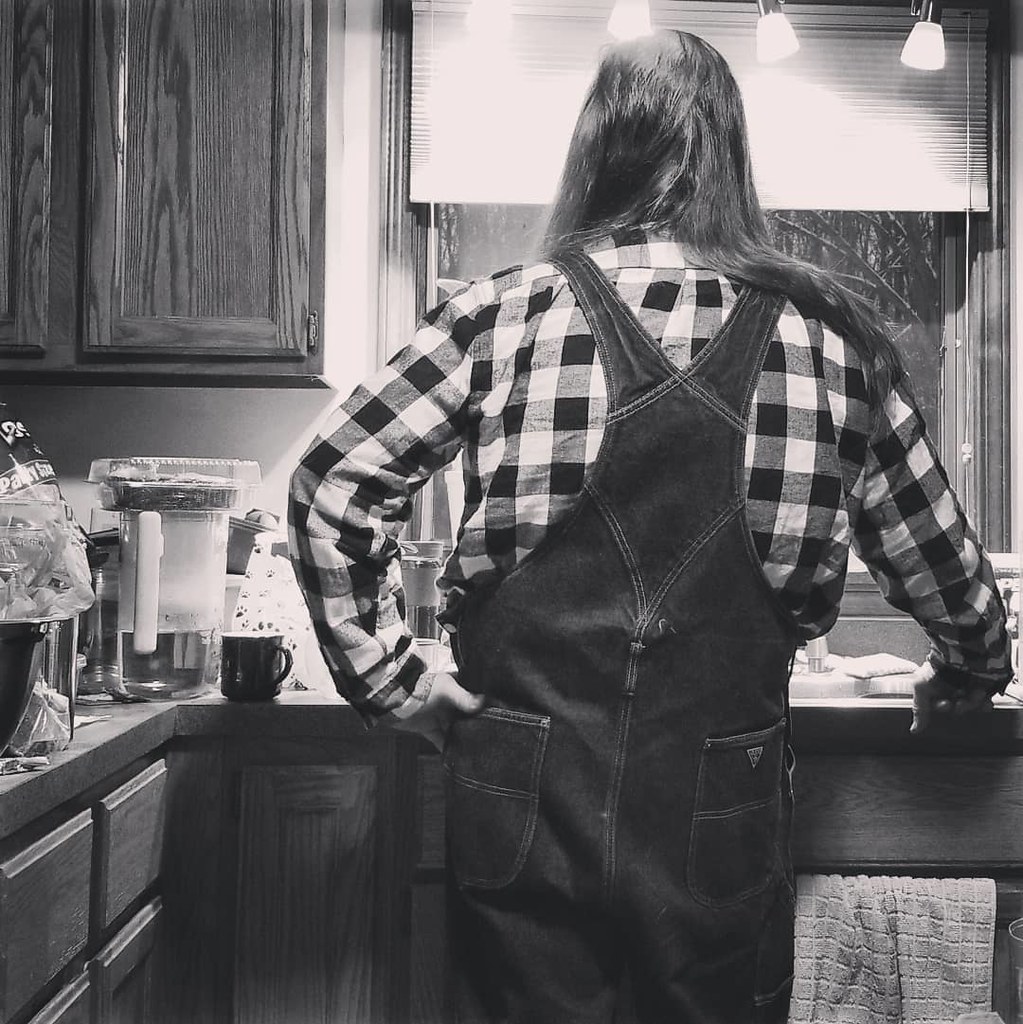 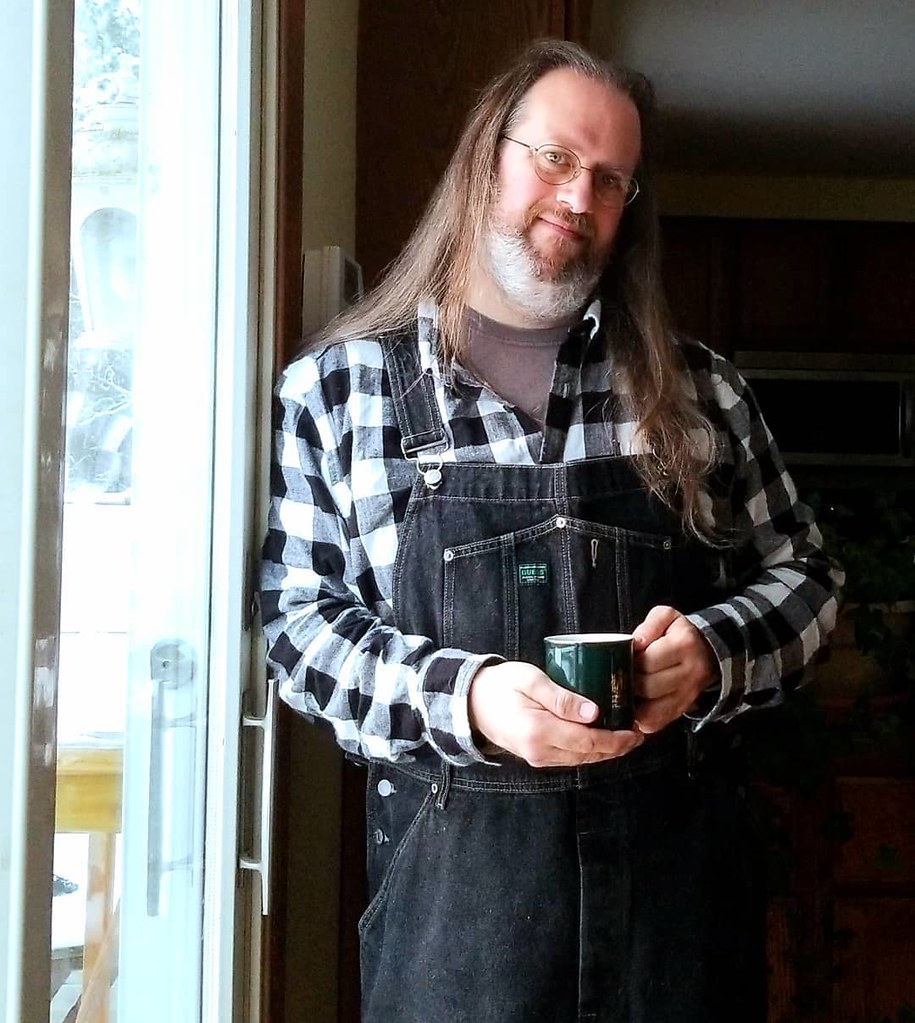 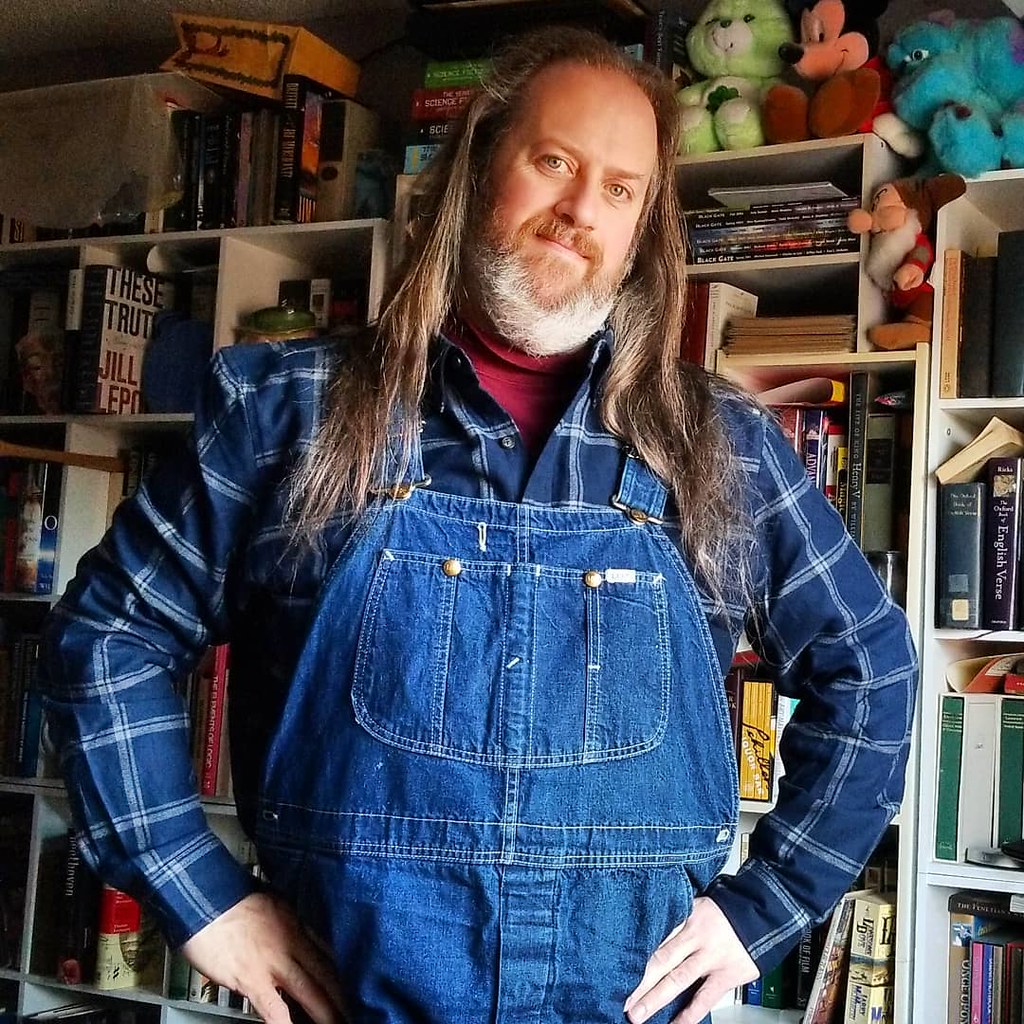 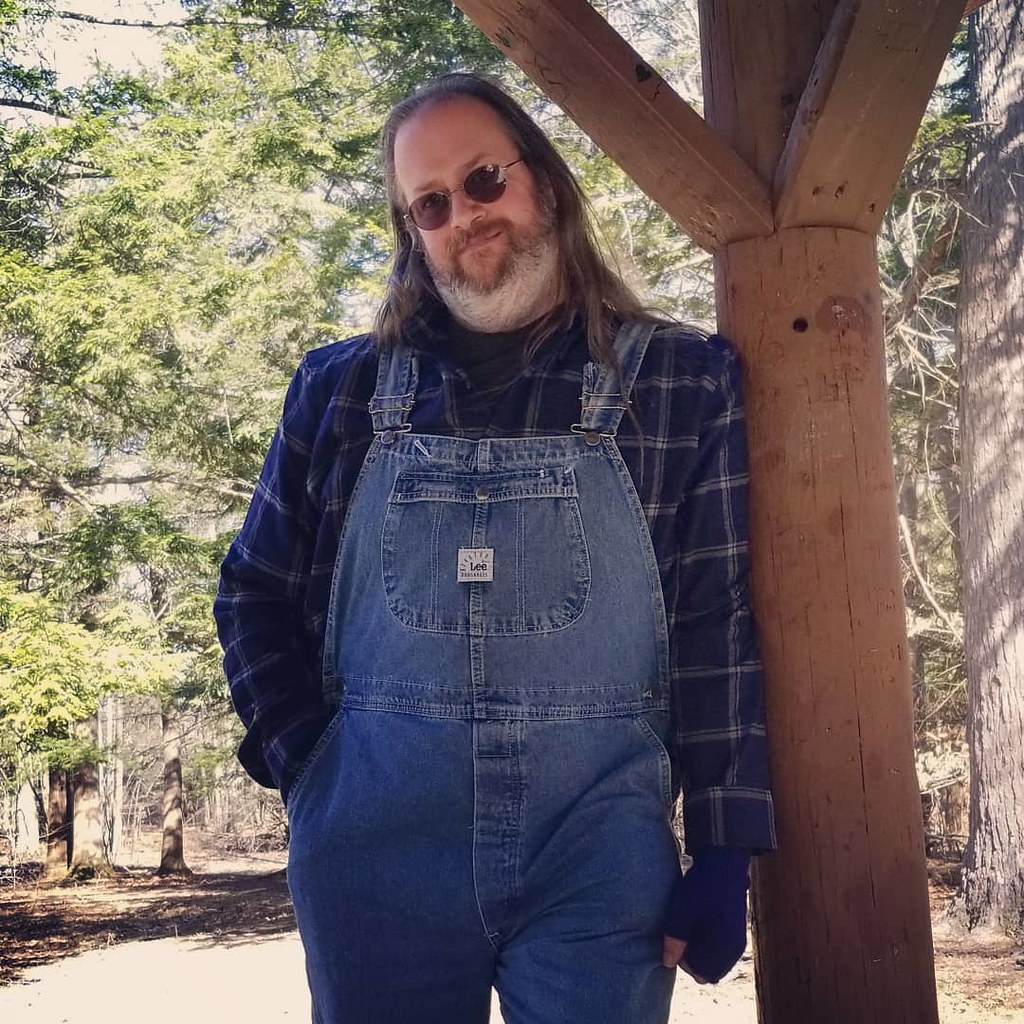 and, most recently, this cool multi-colored one. 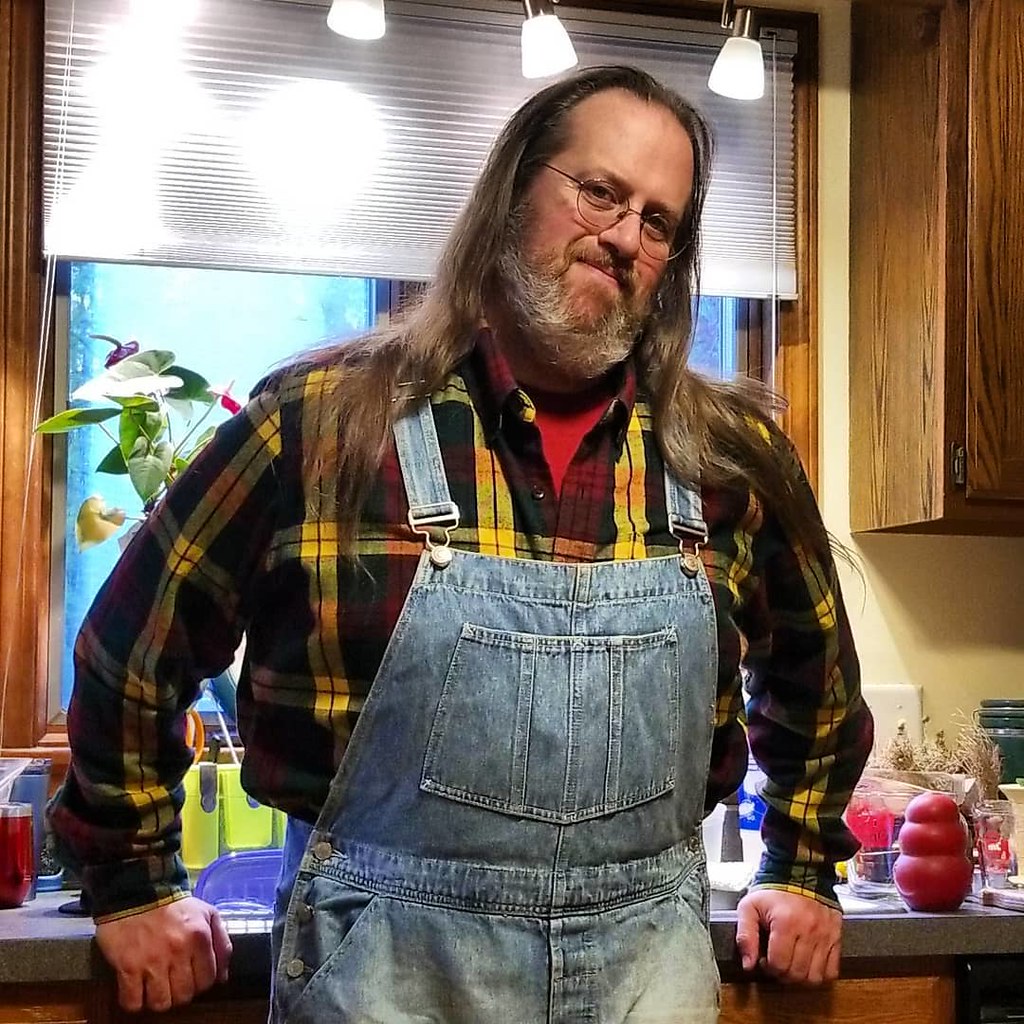 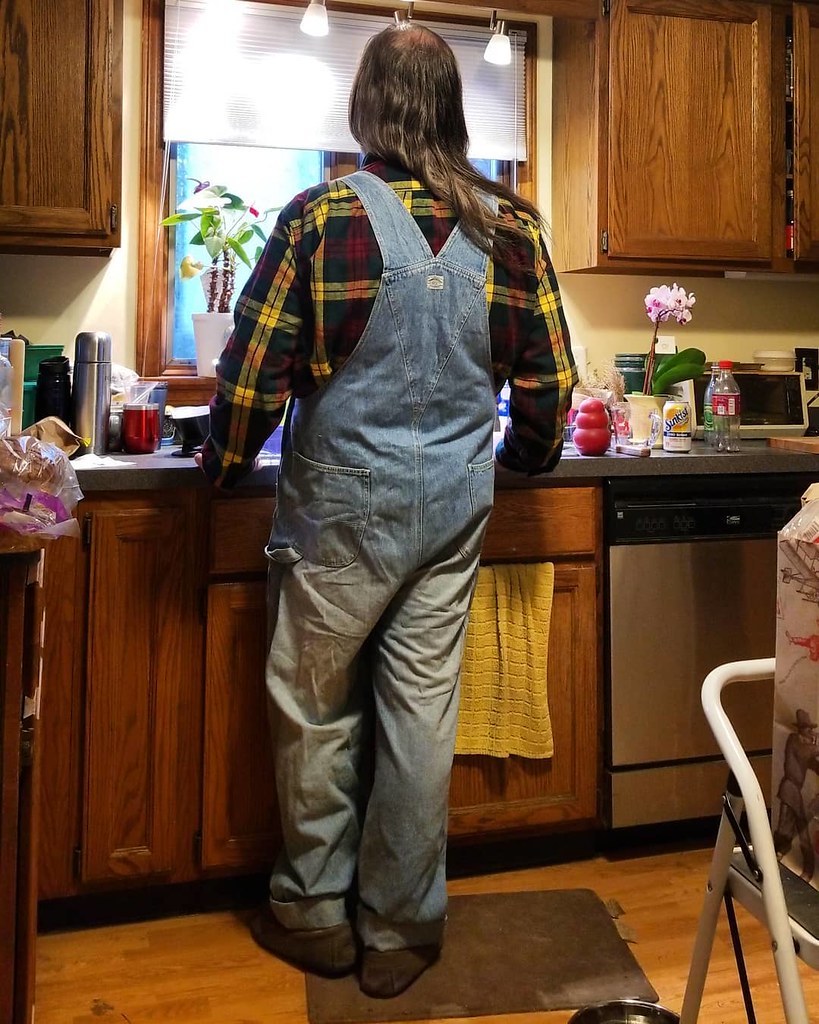 I remain in the market for a flannel shirt that is predominantly red, but I haven't found one I really like yet. As with just about all of my button-up shirts, I prefer button-down collars or, as in this one that I found in a stroke of luck, a banded collar: 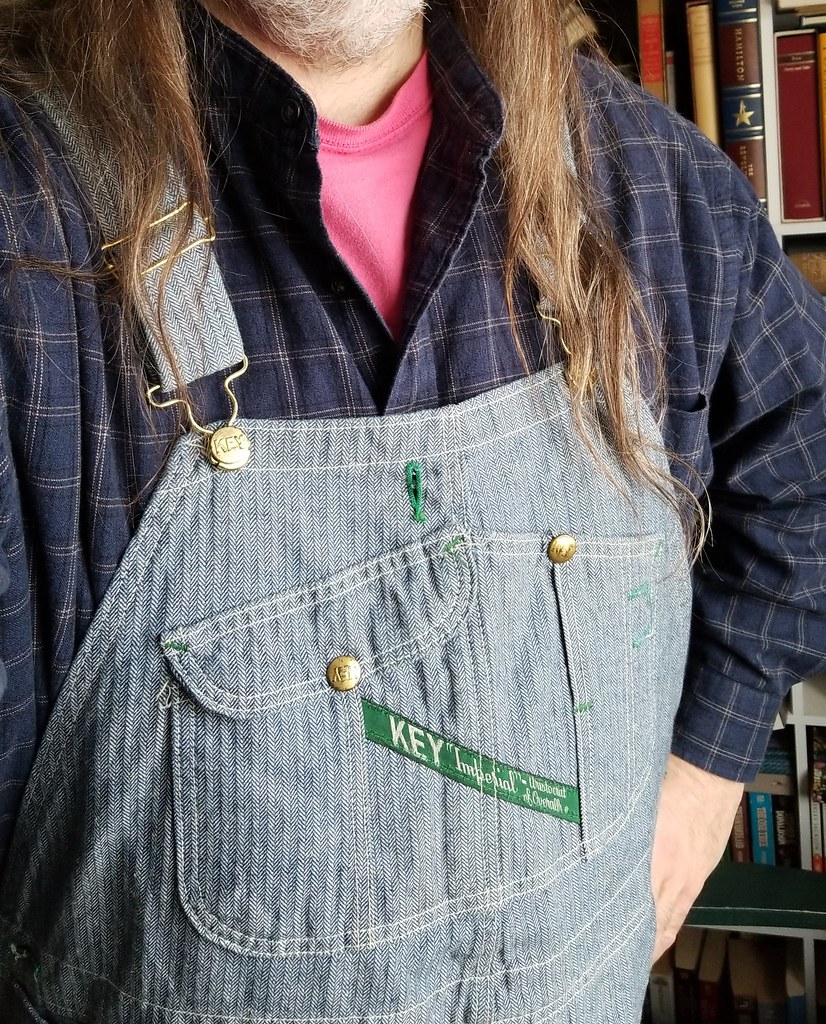 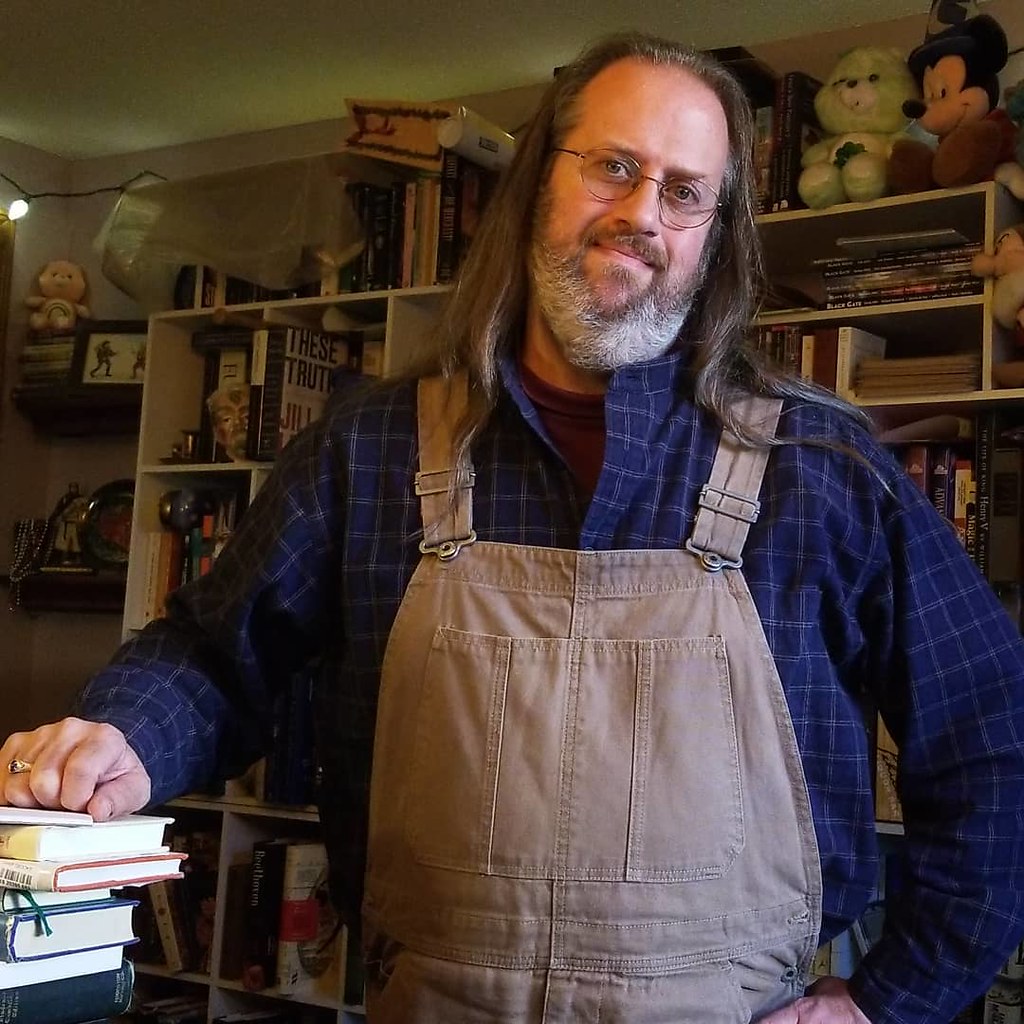 Anyway, roughly 32 years or so after my father first tried getting me to like flannel, I'm finally on board. What can I say...I'm not the fastest study in the world. Of course, now it's warm out and I'm having days where I don't wear overalls at all (shorts and a t-shirt as I'm writing this, go figure), so it'll be a while before I'm wearing flannel shirts again. But fall will be here before we know it! (And not soon enough, if the 90s in May we've had already are any indication of what's in store for summer.) 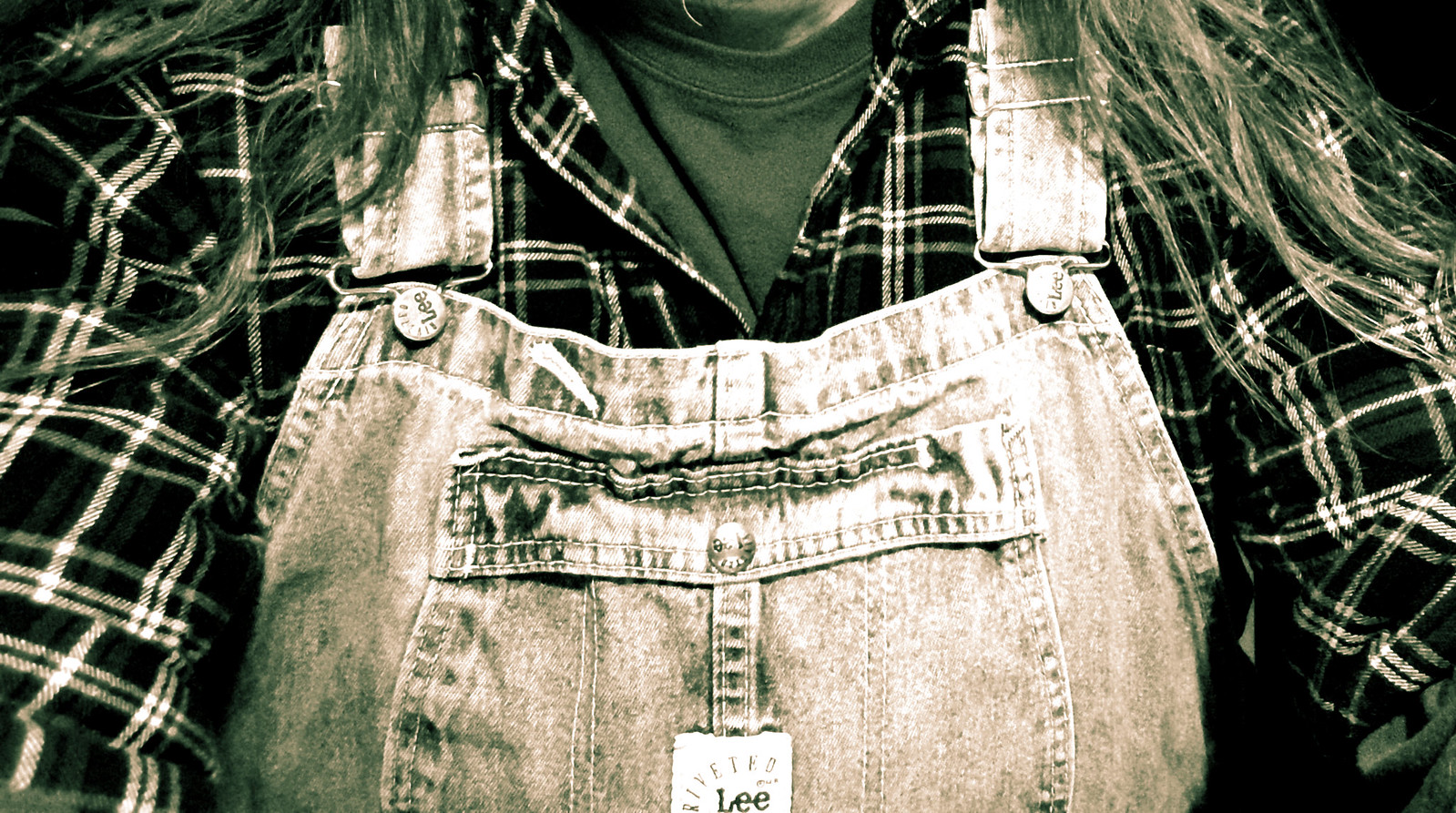 scrawled here by Kelly Sedinger at 8:00 AM

Humid this past weekend, but cooler in a few days. You may still want the flannel...w