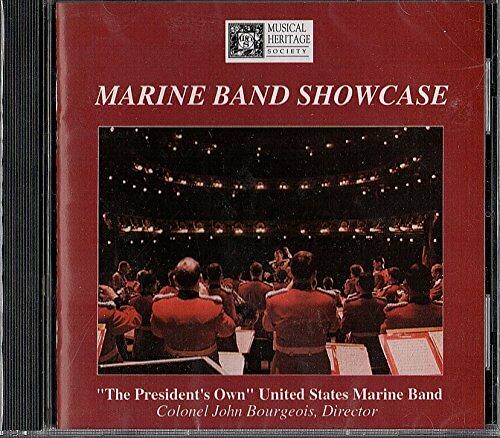 So years ago I had a short-lived posting series called "Exploring the CD Collection", in which I wrote about entire albums I had in my collection. I've been thinking about revisiting that series, but expanding it beyond the limits of my personal CD collection, because after all, these days thanks to streaming services we have a lot more access to complete albums than we once did. Since the focus won't entirely be my CD collection, it seems odd to call the series "Exploring the CD Collection" anymore. I thought about "The Record Shelf", since records are an even older tech than the CD (though one that's been coming back of late), but then I remember that The Record Shelf is the title of a public radio show by critic Jim Svejda, so that's out. Then I thought about an allusion to some of my favorite Saturday Night Live sketches, the classic Celebrity Jeopardy! sketches in which Will Farrell's Alex Trebek would square off against various boneheaded celebrities and the viciously bawdy and acid-tongued Sean Connery (Darryl Hammond), who would gleefully mispronounce the show's subjects to make them sound dirty. Thus I would have called this series "Anal Bum Cover" (the topic, to Trebek's chagrin, is "An Album Cover"), but...well, I chickened out. "Speaking of Albums" it is.
I won't promise to always embed an entire album in these posts; that will depend on availability of the album online, and I'm not going to limit myself to only writing about music that I can embed in its entirety. However, in those cases I will at least try to embed a few representative tracks.
My thoughts on doing this were jumpstarted by this Sheila O'Malley post, in which she shares a photo she once took of a Marine Band musician boarding the tour bus. I yield to no one in my respect for the United States Marine Band, which I mentioned in her comments; she asked if I'd written about them, and in searching my archives, I found that I had...seventeen years ago. Rather than share that old post, I thought I'd update it. So, here we go!
Speaking of albums, let's consider Marine Band Showcase, featuring the United States Marine Band, conducted by Colonel John Bourgeois.
Ever since my days in the concert band both in high school and college, I've felt that the concert band (occasionally called the "wind ensemble") tends to be unfairly treated in classical music circles. Many think of it as a symphony orchestra minus the strings, with the woodwinds "beefed up" to take over those parts in transcriptions of symphonic repertoire. The concert band, or wind band, tends to be seen as mainly a student group in schools and colleges, or as a local "town band" in some lucky villages. Band music isn't taken terribly seriously, and relatively few of the great composers ever wrote for the concert band, which is a shame.
The truth of the matter – that the concert band is its own animal, with advantages and disadvantages of its own, and is capable of musical expression to a greater degree than just about any other possible ensemble with the exception of the full symphony orchestra – isn't often granted, and this seems to me a pity. There's a lot more to concert band music than Sousa marches and the music for those wonderful competitive British brass bands. (Not to slight either genre, there, for both are fascinating.)

The "Gold Standard" for wind bands in the United States is the United States Marine Band, which is actually the oldest continuously operating musical ensemble in our nation, having been established by an Act of Congress signed into law by President John Adams in 1798. Often called "The President's Own", it is the Marine Band that provides the music for Presidential Inauguration ceremonies, receptions of foreign dignitaries on the White House South Lawn, state dinners, and more, including public concerts. This is no organization of "second-rate" musicians; performers are selected by an audition process as rigorous as that employed by many professional orchestras, and the members of the Marine Band are career professionals, as well as members of the United States Marine Corps.

The Marine Band performs a lot, though for the vast majority of Americans, the main venue where they get to hear the band is on Inauguration Day every four years when depending on how much of the ceremony they watch, they might hear "The Star Spangled Banner", "America the Beautiful", "The Stars and Stripes Forever", and "Hail to the Chief". That's a pity. There is an enormous wealth of wonderful music for concert band beyond the marches and circus music, and the US Marine Band has recorded a ton of it over the years.

Marine Band Showcase is an album I sought out because of one piece on it, and at the time I had to order it through a subscription service called the Musical Heritage Society, which was basically Columbia House for classical music lovers. It has since turned up for sale in various outlets, and the whole thing is available on YouTube, which is nice. The album is perfectly titled: it's a showcase of the wide range of musical expression a wind band is capable of achieving.

The disc opens with a transcription, Bach's Toccata, Adagio and Fugue in C Major, BWV 564. This is the only transcription on the disc, which is notable because transcriptions of orchestral and keyboard works used to comprise the majority of the repertoire for wind bands. The other seven selections are music specifically written for wind band, and there isn't a single Sousa or K.L. King march in evidence. There is one by Beethoven, the March in D Major, that the great composer wrote for the bands of his day, and there is Percy Grainger's wondrous Children's March: Over the Hills and Far Away, which is one of the most charming pieces of music ever composed. Grainger's Marching Song of Democracy is here, and it's an interesting work in its own right. There is Camille Saint-Saens's work for wind band, Orient et Occident, which is a standard of the band repertoire. And there are several "modern" works, one of which is the reason I sought this disc out. That work is Elegy, by Mark Camphouse, and it is one of the most moving pieces of music I have ever heard.

I was fortunate enough to get to perform this work in my freshman year of college, and I still remember how stunning I found the piece. It opens with a solo flute, sounding a motif that recurs throughout the piece, and very, very gradually the rest of the woodwinds enter. Listen to the Marines play this! It's some of the best woodwind playing you'll ever hear, and gradually the rest of the band arrives. Elegy is a piece that questions and strives, always seeming to gather its strength and then ebb away, and parts of it sound like a liturgical comment on death. There are passages of mystery and anger; melodies seem to arise but then disappear again throughout as the music poses questions whose answers never seem to satisfy. Finally, though, we come to the work's final segment, starting at the 10:42 mark below, in which Camphouse finally seems to be pushing toward an answer. This starts with a more contemplative tone, but it builds and builds and builds until we arrive at a final flowering that is one of the most astonishing musical climaxes I have ever known. (Playing this in college had the effect of leaving more than a few of us in the band in tears.) Elegy ends with a feeling of peace and calm and acceptance, but...one final tolling of the bell, off the tonic, leaves the listener with a slight sense of non-resolution.

Elegy is a work that plumbs some of the deepest mysteries of human existence, and I consider it to be a masterpiece. It's a work to which I turn often in times of emotional stress; it was the first piece of music that I could listen to after 9-11-01. I've listened to it a number of times over the last year, for obvious reasons.

The Marines play all of this amazingly, with utter technical command of their instruments, and their sound is full and robust, the way a great band should be. This is a great, great recording.

Here is the entire album, embedded as a playlist. Enjoy!

Email ThisBlogThis!Share to TwitterShare to FacebookShare to Pinterest
Labels: music; Speaking of Albums

My father was a trombonist in the Marine Band. Then the Marines thought it would be a great idea to make him an officer and throw him into the Korean War to lead troops.

No matter his bitterness for the Powers What Is in the military after that, he still loved the Marine Band.