In more ways than just the political, mind you. My lenses, for one! 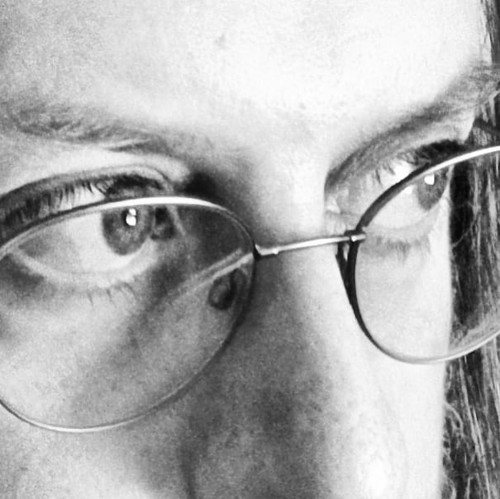 Yes, it was finally time for new glasses. I've been mildly farsighted since my college years, when I found that I was getting headaches when doing heavy reading and computer work, so I've had prescription glasses for those kinds of scenarios ever since then. My prescription has changed a few times in the years since, but never much, and my last pair of glasses (acquired in 2009!) only themselves became necessary when my previous pair (acquired in 2001!) became scratched to the point that they were annoying to wear.

Last time I visited the actual eye doctor for an eye exam, though, he indicated that I had in the course of time and age and all that stuff gone from farsighted to being mildly nearsighted, which explained why I'd been noticing that stuff in the distance was increasingly blurry. The worst effect of this was driving and noticing that street signs and such were much harder for me to read than they had once been. So, enter The Wife's new job with its spiffy vision plan, and off to the optometrist. An hour or so of exam-stuff later ("Which is clearer? 1 or 2? 1 or 2? Read the bottom line...no? the next one up...no? How about now?"), another hour or so of looking at frames and talking about lens options, and a week for the new lenses to be ground, here I am, with new glasses. 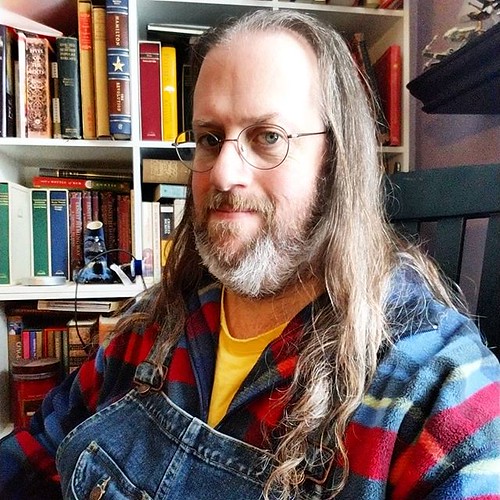 And let me tell you, the difference for distance sight is amazing. I can see far off stuff with clarity that has been so long gone I didn't realize it, but now that it's back, I can't believe it.

I could have chosen basic glasses for distance sight, and then removed them every time I wanted to read or write, but that seemed a pain in the ass, and anyway, I like the way glasses look. It's much easier to look like your thinking thinkly things if you have a pair of glasses on! So I opted for dual lenses, which brought up the next option: bifocals or progressive lenses. I actually had bifocals for a time when I was in grade school, and while they worked, I really didn't like the constant sharp line across the lower part of my vision, so I decided to get the progressive lenses where there is a transition between the "reading" section at the lower part of the lens and the "distance" part that takes up the upper half. I'm on Day Three of these glasses as I write this, so I'm still working out the kinks. I'm finding that I can't really hold a book and my head at the same angles as before, and that I have to actually move my head slightly as I read if I'm holding the book at my usual closeness. This is kind of irritating on its own, so I'm trying to teach myself to hold books farther away from my eyes, which is also an adjustment. I'll get there, but for now I'm having moments of clarity alternating with moments of wondering why I can't see my book totally clearly, and figuring out why with a bit of finagling and fidgeting.

It'll be fine. One thing that makes me a little nervous is only having one pair, now that I'll be wearing these basically all the time. I figure I'll be careful this year, and then next year I'll get another exam and assuming that my prescription doesn't change much between now and then, I'll get a second pair and then either rotate them in and out or use one for work or...well, who knows. That's a year away. Let me just get through the next year without breaking these! Luckily my track record on breaking glasses is...OK. There was the pair that I broke in college when I had them in my backpack and unfortunately landed right on top of them when my feet hit a patch of ice and went right out from under me. And then there was when I was in second grade, and I left my glasses (brown horn-rims, no less!) on the living room floor when I went to get something and then came running back in, having forgotten they were there, and only had time to register my mother screaming "YOUR GLASSES!" before I felt the crunch of eyeglasses under my foot.

Two broken pairs in 48 years isn't bad, is what I'm trying to say. 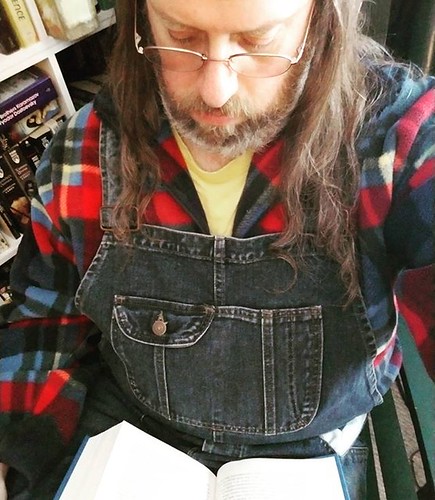 I hated my bifocals. Progressive all the way!

I remember the first time I put on glasses and could see the individual leaves on trees instead of just a green blob atop a tree trunk. I think the clouds parted and a couple of angels sang. The new specs look nice.