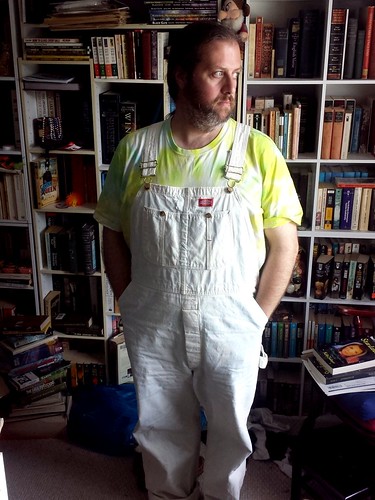 I've wanted a pair of white overalls forever, and I even got a pair a while back, by Carhartt. My problem, though, was that most white overalls are made for painters, and for some reason, the bib pocket on painters' overalls is almost always that triangular shape, as opposed to the "traditional" style of bib pocket, which I prefer. Finding a pair like this has been mostly fruitless -- they exist, and they occasionally show up on eBay, but they're pretty rare and I've never seen a pair in my size. So I did the next logical thing: I took an older pair of blue ones that I owned already and bleached them. This is the result. Score! 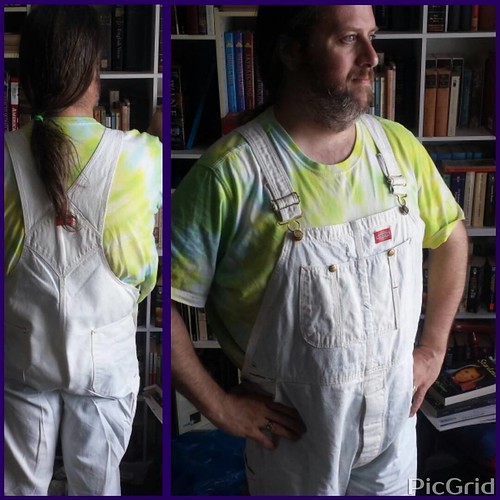 By way of technique, I used a big 5-gallon bucket, filled it about two-thirds with water, and then added some bleach. I didn't measure the bleach, but my concentration was no more than 1 part bleach to 3 parts water, and likely even less strong than that. I submerged the overalls, stirred them around a bit, and then left them in there a while. After an hour or so, I changed the water and repeated, and then waited another hour, whereupon I changed the water again. I think I went through four changes of water altogether, and the result is that almost all the blue is gone. There's a tiny bit remaining, if you know to look for it, but functionally, these are white!

After the final removal from the bleach water, I rinsed them with the garden hose and wrung them out, and then I washed them twice. First trip through the washer I used no soap at all, so it was essentially two rinses, and then a full washing in cold water with soap. After that, an air drying on our line, and that was that. 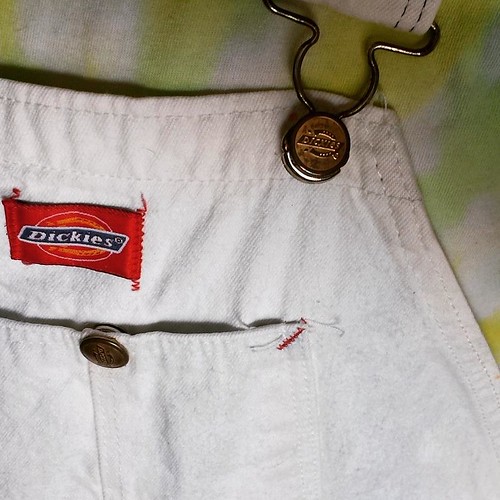 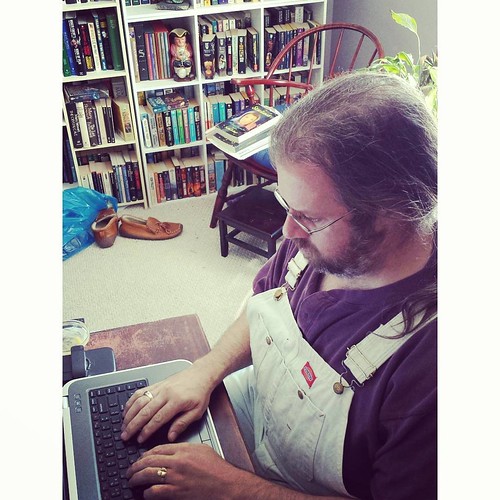 Not that I'm wearing overalls much in July, but fall will be here soon enough!