:: I only learned a few years ago that Lake Baikal in Siberia is the world's largest fresh-water lake by volume. I always figured that would be Lake Superior, but that's wrong: Lake Superior has the largest surface area by quite a bit (over twice the surface area of Baikal), but Baikal's got the depths: its average depth is 260 meters greater than Superior's.

Baikal is also apparently a very, very clear lake, which makes for stunning ice formations. Make sure to play the video at the end, when some people demonstrate some fascinating sonic properties of the Baikal ice. 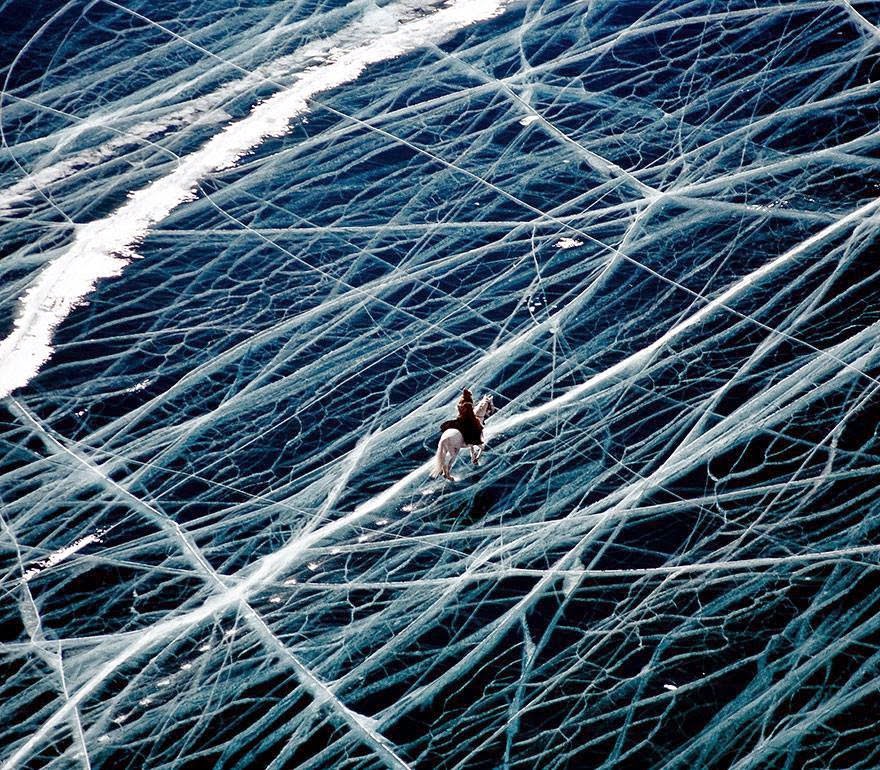 :: Want to watch a surprisingly effective horror movie that only takes two minutes from beginning to end? Sure you do! (As with all such scares, it's less effective when you've already seen it and know what's coming.)

More next week, perhaps!
scrawled here by Kelly Sedinger at 9:35 AM

Maybe some people are actually interested in his workouts and find this guy's comments distracting.

See, I'm letting this one see the light of day because the pouty insult of the first sentence of your comment is offset by the ignorance of how Twitter works in the second.

That guy was a thoroughly annoying little twerp. I would have blocked him too, I think.