So, I have a lot of overalls. Probably too many, but shhhh! Don't tell anyone I even partially admitted that. But yeah, I've got quite a few pairs of overalls. Blue, Hickory striped, white, black, green, brown, and even a couple of pairs that I dyed purple. And now I have a pair of herringbone overalls! Color me excited! 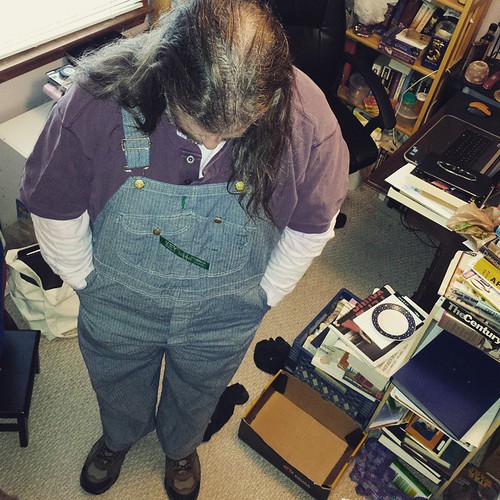 There they are! The brand is Key, which are distinctive for the bib pocket that peaks in the middle and has a snap enclosure on one side, and for the green diagonal label that reads "KEY Imperial -- Aristocrat of Overalls". Key also matches the green label with accent stitching that's also green, on the pencil openings and the watch-fob button-hole thing at the top of the bib. I already own three pairs of Keys, one in blue and two in Hickory stripes (one of which is one of the pairs I dyed purple). So what's this about herringbone?

From a distance, they look like they're either Hickory striped or just a light grayish-blue. It's when you get close up that you see the pattern: 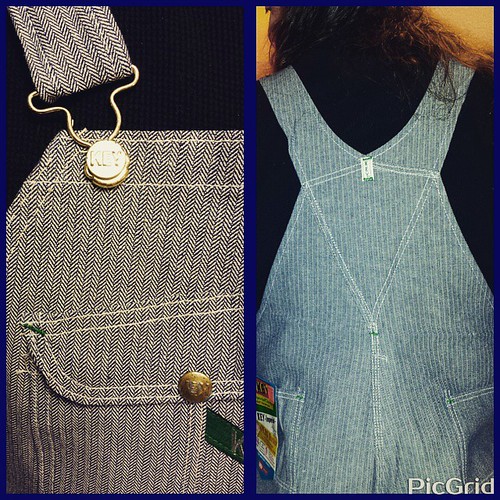 Lots of tiny blue-and-white stitches, alternating diagonally up and down. They look really cool, and I'm thrilled that I finally spotted a pair in my size on eBay. I never knew this fabric existed until I saw them while in college in Iowa, back in the early 90s, and I did get a pair way back then, but that pair was quite a bit larger than these, as I was quite a bit larger back then than now. I ditched that old pair years ago, and only decided some months ago to start looking for a new one. The problem was that Key (and other manufacturers) stopped using the herringbone fabric a long time ago, so herringbone overalls are increasingly difficult to track down. Nevertheless, my search finally came to an end a couple of weeks back. Huzzah!

Even better was that I got a really nice price on these, and they were new with the original tags still attached. For vintage overalls, that's especially sweet. 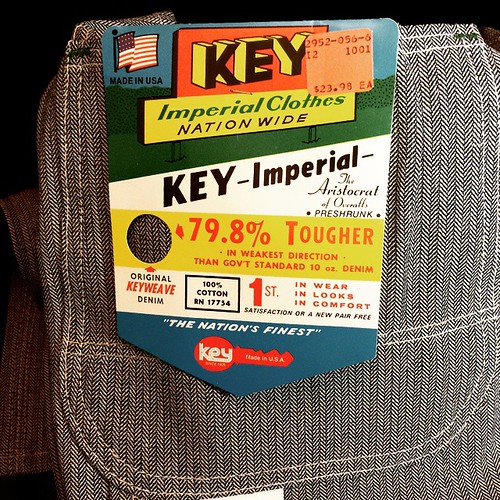 That tag is pretty interesting. The "79.8 percent tougher" figure, for instance -- how did they determine that, I wonder, and how did they come to that level of precision? And the little hole through which you can view the "Original Keyweave Denim", as if you can't see it all around the tag! Advertising and sales claims from earlier times are always interesting to behold.

Anyway, I'm thrilled to have this rather unusual type of denim represented in my overalls collection. I look forward to wearing them out and about...perhaps paired with a burgundy sweater and my blue star-map scarf. Overalls are life! 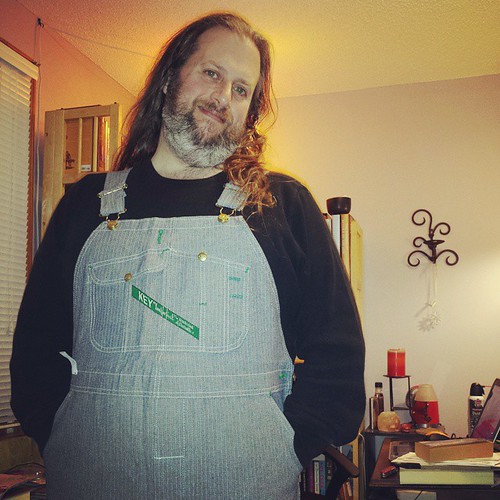 You ARE wrong. You don't have too many!

You can never have too many of something you love. Unless you run out of places to store them but even then, there's always room for one more, right?

Those are great, and the price is even greater!

I broke my hand years ago, and I found that it was easier to put overalls on than pants with one hand... so started my overalls collection. My favorite pair so far are my Round House cotton duck overalls. Made in the US, very tough material.