The blanketing of the world, part deux

And by "fun", I mean, "This is the kind of shit that makes people want to live in weird places whose names end with 'exas' or 'zona' or 'ida' or 'arolina'."

The lake-effect snow that started the other day? It just kept on coming...for three days. My town has received over 70 inches of snow, and other places nearby have received even more than that.

At least our personal larders were well and truly stocked, so at no point have been even close to going hungry. We never lost power, and our heat has been fine (especially once we saw warnings about the exhaust vents on high-efficiency furnaces, and started making a major priority of keeping them clear). I haven't been to work since Monday, which stinks, but it is, as they say, "what it is". Not a big thing in the greater picture.

How did we occupy our time? Reading, fretting, hanging on the Interwebs. Making geeky jokes about Imperial walkers in my backyard and more Frozen references than anyone need hear. Oh, and shoveling. Lots of shoveling. Holy shit, the shoveling.

The storm came in two "waves", with about twelve hours between the first wave (about 4-5 feet) and the second (another 2-3 feet). So, after the first wave we dug out as much as we could, just to give ourselves a fighting chance of digging out after the second. Shoveling that much snow is really hard, not just because it's difficult to begin with, but when the snow piles get to be almost as tall as you are, it gets hard to figure out where to put the stuff as you shovel it. As it is, I have completely barricaded both of our garage doors, so we won't be getting out of those any time soon. (We haven't been using a garage for a car at all, so that's not an issue until Tuesday, when I have to take the garbage out.)

And then there was the stuff at the foot of the driveway, the Plow Pile, which is the broken clumps of icy stuff blasted up by the passing snow plows. We're lucky that our street was plowed each and every day this week, when other people we know still haven't seen a plow. (We're wondering if some town official or another lives on our street.) That was insanely hard to shovel, but the guy next door let us use his snowblower for a bit, which did help. The kicker there is that a snowblower actually came with the house! It's in my parents' garage. One main order of business, once we're cleared out, is me figuring out if it works, how to use it, and getting it into my garage, so I'll be able to deploy it in everyone's favor. I'm not generally a big fan of snowblowers, but they have their moments.

Let's see, what else? Not much. All those snow days were stressful and worrisome, which meant that they were awful for writing. I don't have much hope of being a NaNoWriMo winner this year, but them's the breaks. Princesses III is still on the way!

Oh wait! One geeky thing that struck me as funny, although no one reacted when I posted it a couple of times to social media. Our "official" snowfall total ended up being 71 inches, which I decided to convert into other units. I thought about light-nanoseconds and other such items, but then I settled on...the smoot. What's a smoot, you ask? Well, fifty years ago, some guys were pledging a fraternity at MIT, and as part of their pledge, they were ordered (MIT is legendary for its pranks) to measure a local bridge, using as their measuring stick a guy named Smoot. Mr. Smoot is 67 inches tall, so that's one smoot. Therefore, my town officially received 1.0597 smoots of snow. 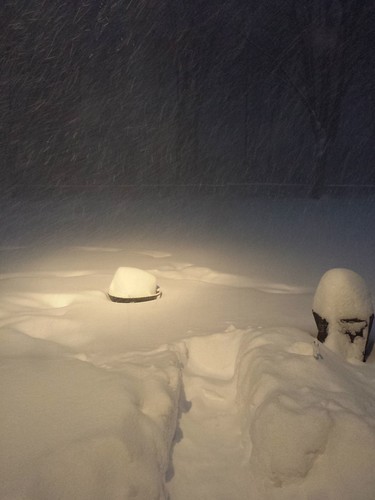 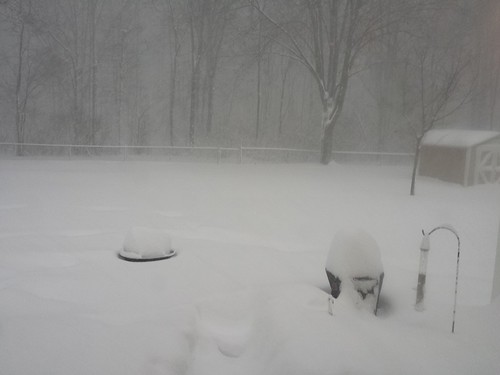 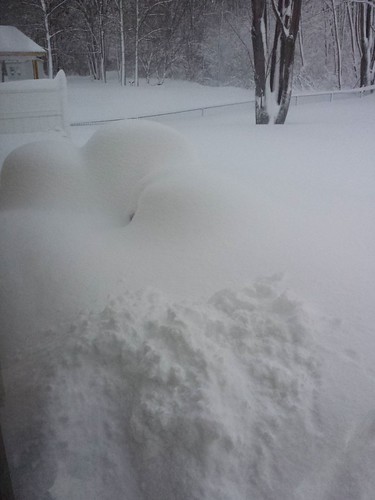 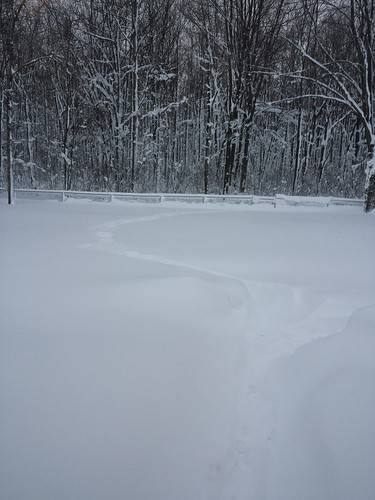 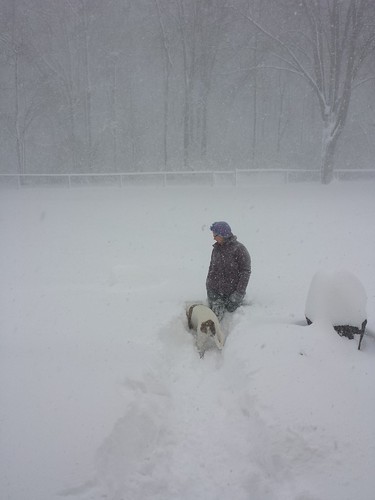 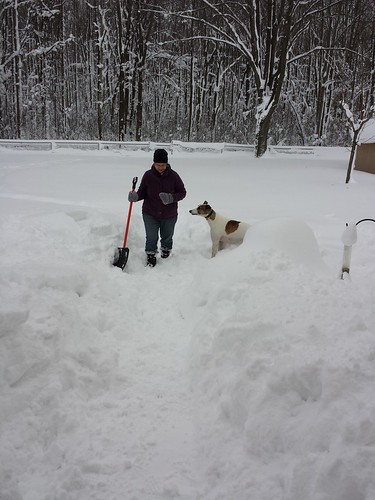 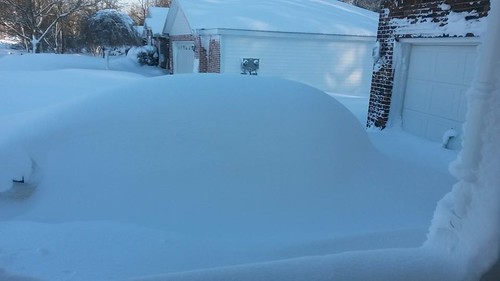 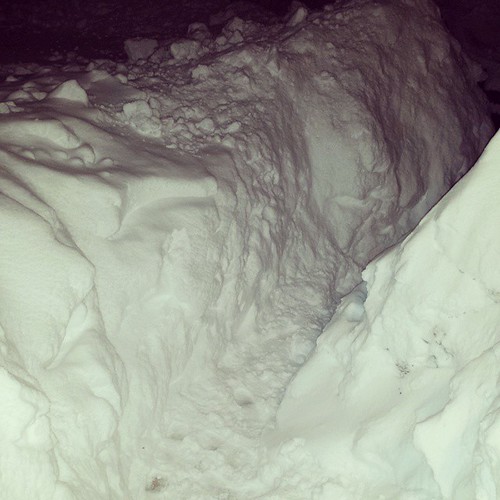 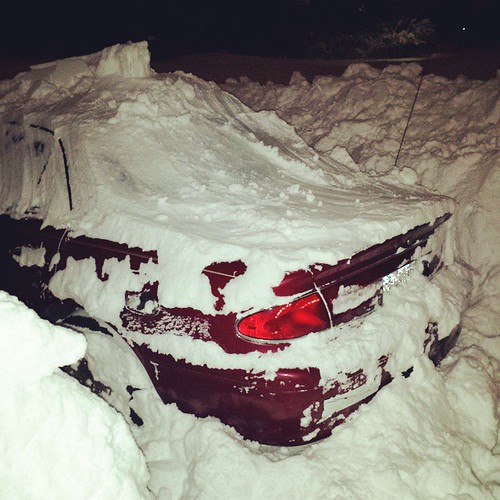 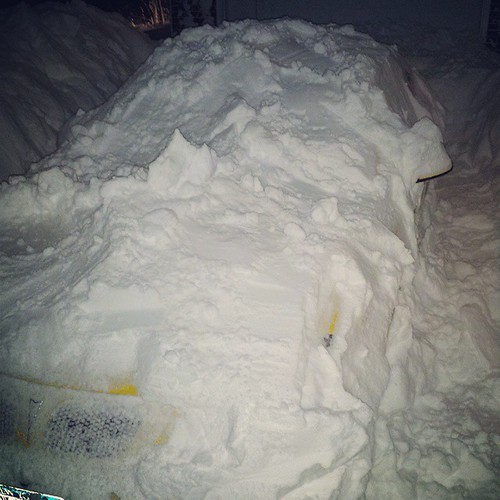 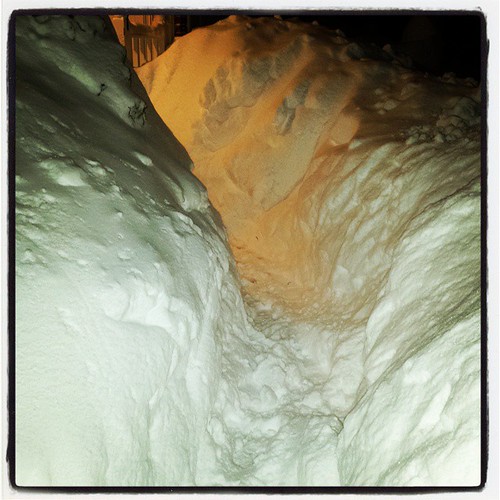 So, there you go. Snowmageddon 2014 draws to a close. Next up? A massive warm-up might lead to flooding! Huzzah!!!

Email ThisBlogThis!Share to TwitterShare to FacebookShare to Pinterest
Labels: Buffalo, Events of the Day

Among other things, snow removal was a REAL PITA when it came to home ownership. Not that I never shoveled snow as a tenant, because I did, but now it was my RESPONSIBILITY. /