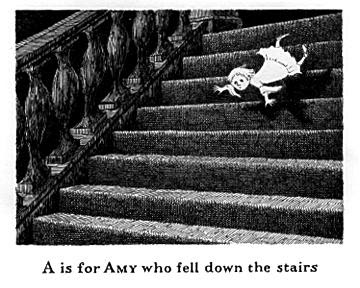 Page one of The Gashlycrumb Tinies, by Edward Gorey. (Image links to a sizable Gorey collection.)

Edward Gorey (1925-2000) is one of my favorite artists. His Gothic engraving style is very distinctive -- Gorey's work is almost always unmistakable -- and his books and stories are frequently masterpieces of very dark comedy, of which The Gashlycrumb Tinies may be the finest example. The story is, quite simply, a series of twenty-six drawings detailing the horrible ways in which the Gashlycrumb children (one child for each letter in the alphabet) meets a dolorous end. He is also noted for the introductory animation for PBS's Mystery series. Gorey's work can be found in three noted collections, called Amphigorey, Amphigorey Too, and Amphigorey Also.

As a bonus image, this is what Gorey looked like. 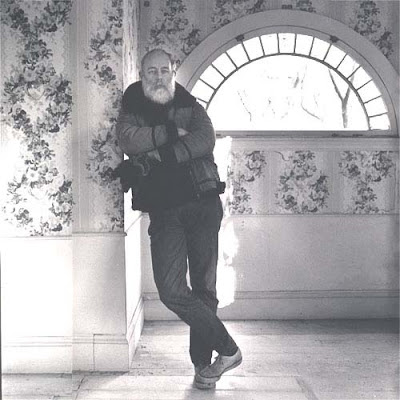 (images via and via)
scrawled here by Kelly Sedinger at 10:19 PM