For several years now, the fine folks at Lay's have been coming up with interesting potato chip flavors. Some are OK ("Garlic Cheese Bread"), and some are...not ("Chicken and Waffles", which I tried, and "Cappuccino", which I did not).

This year is no different, and I was very much intrigued by these: 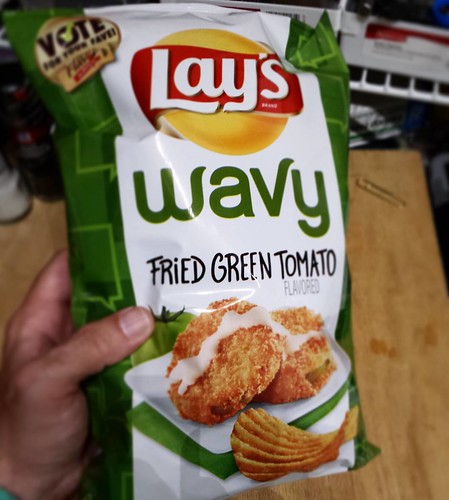 I've only had fried green tomatoes a few times, and not in quite a few years. I like them, but they're not anything I would go out of my way to eat. The chips, though? They're actually pretty good! 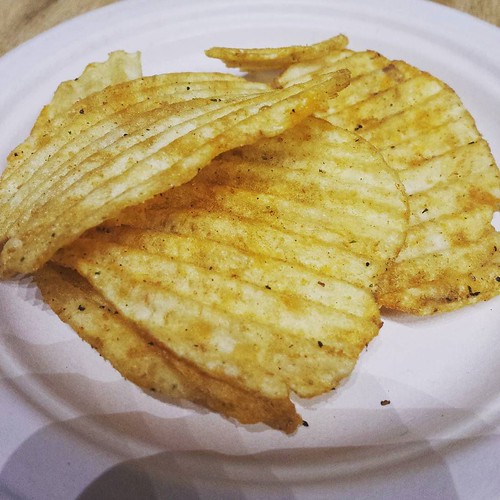 I like that they did this with the Wavy style chips, which are my favorite: they're more crisp than crumble, and the wavy texture stands up a lot better to robust flavoring. These have a nice savory flavor, with enough spice to add just a bit of smokiness and heat, and they're not super-salty, either. Do they taste like tomato? Why yes...but only just a little. It's a very mild flavor, which is good because I suspect that it could get overwhelming.

Nicely done, Lay's! I'll be buying more of these. (And then, as always seems to happen with "specialty flavor" things to which I take a shine, they will almost certainly vanish from the market never to be seen again. Alas!)