There's something NEW here, I know it!!!

The dee-oh-gee walks the same neighborhood every day, usually three times. He passes the same shrubs and the same trees and the same lampposts. And he stops each and every time to smell them. 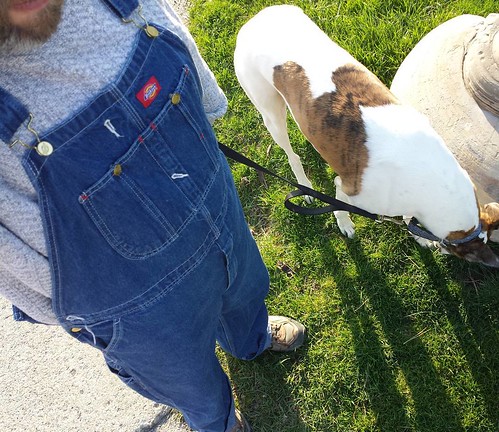 More often than not, after a lot of sniffing, he'll pee on the thing he's sniffing. Like this rock. And I know that the other neighborhood dee-oh-gee's are also peeing on this rock. Nevertheless, I always wonder about the intent way he has about sniffing this rock. Is there really any new information to be gleaned? Or is he gathering the same information constantly? Is it like Sherlock Holmes, stuck on an endless loop of visiting the same crime scene?

Anyhow, for some reason, it often reminds me of this brief bit from the pilot episode of Cheers:

scrawled here by Kelly Sedinger at 9:19 AM