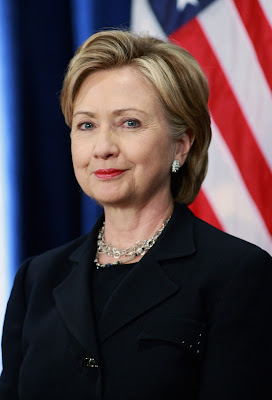 I think that she is genuinely the best choice in this election. I believe that she would and will be a good President, and that she also represents the best chance to avoid electing a truly awful one. Her chief opponent has said almost nothing that has made any sense at all and a whole lot of things that are terrible. The "third party" options -- which are generally a giant waste of time anyway -- are all laughable in one way or another, whether we're talking about the loopy Libertarian, the oddball Green, or that other guy who is basically Mitt Romney with a better resume.

That's it. Maybe not terribly convincing, but I don't really feel the need to be.
scrawled here by Kelly Sedinger at 5:26 PM