Does whatever a spider can!

One of my important weekly tasks at The Store is running our generator load test. This is when I activate our store's generator and let it run the store's emergency systems for a half hour or so, just to make sure it's doing its thing correctly. The generator is located in one of the two power houses, which is an enclosed machine room actually on the roof. The power houses are not sealed against the outside, and therefore during the summer months, the power houses can -- and usually do -- become home to a lot of spiders.

Now, I like spiders a lot. I think they're nifty and they do important work by eating flies and whatnot. (My admiration and respect for spiders vanishes utterly if one actually manages to get on me, though. If that happens, it's Squishing Time.) There was a particularly big spider in there this morning, and while sometimes when there get to be too many of them I'll knock down their webs, this one I decided to let go for a while as he/she was spinning a web.

But of course I documented the activity photographically. Here is Phil*, in action! 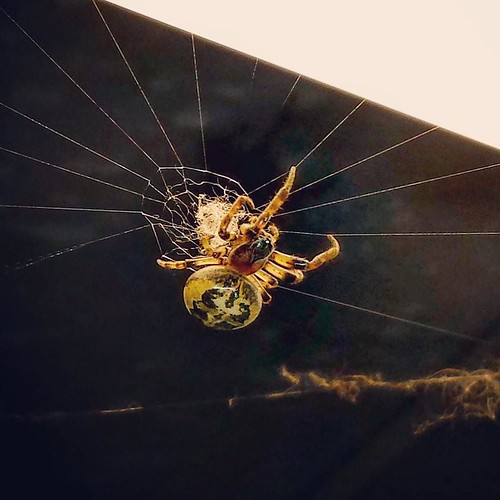 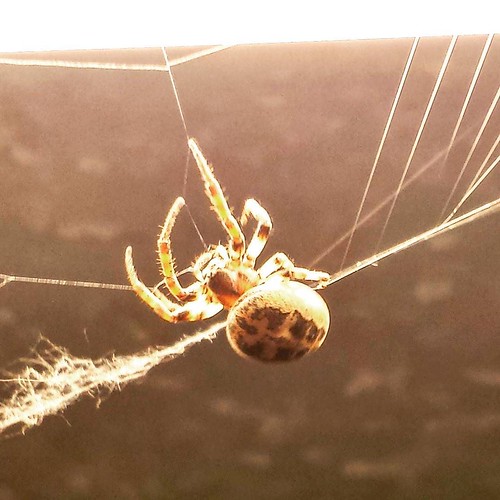 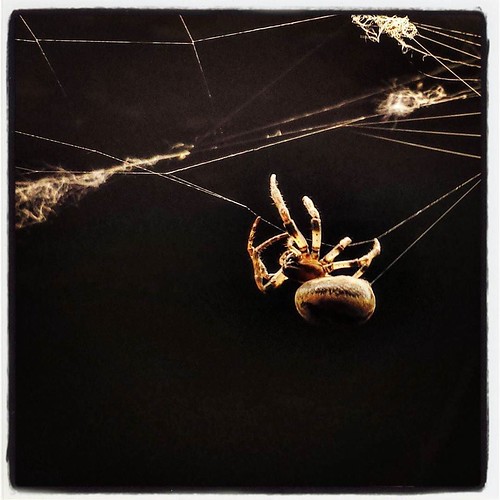 *I always dub specific spiders "Phil", in honor of this clip from Friends.


And yes, I'm aware that this might have actually been a Philippa. I have no idea how to tell, though.