After the Parade dispersed, we went in search of something very pressing: a bathroom. Hey, we'd been standing there for five hours! We found a Starbucks. To my great disappointment, they spelled my name correctly on my cup. 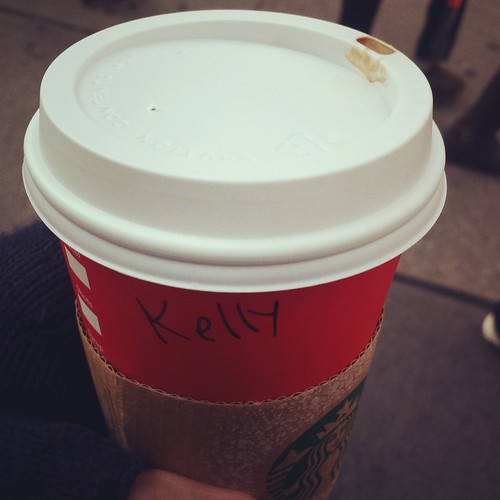 Just across the street from Starbucks? This rather notable building. 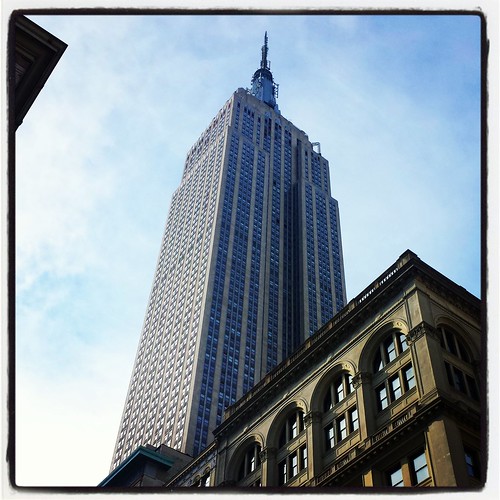 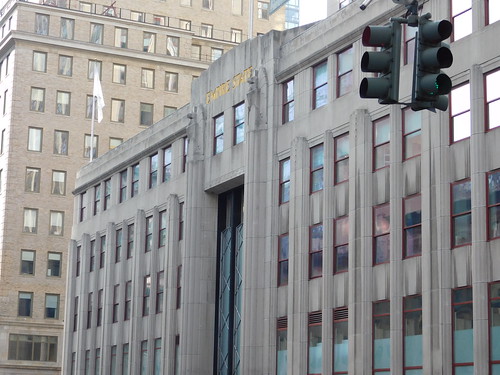 Sadly, no Deborah Kerr running across the street, staring up at the building because it's the closest thing to Heaven; no Tom Hanks running up there to find his son and Meg Ryan, either. And no giant gorilla. Just the Empire State Building, as beautiful a thing as I've ever seen. 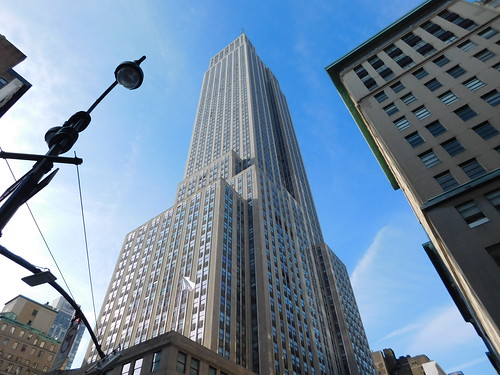 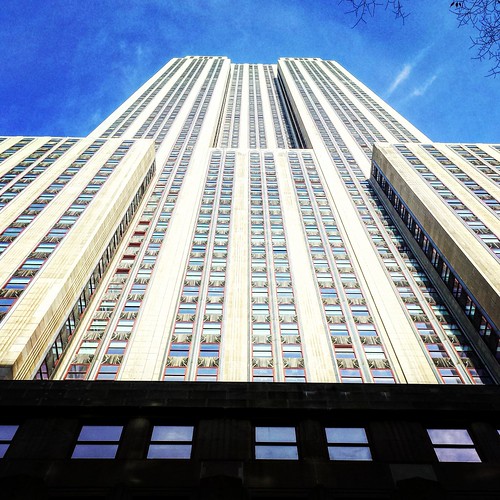 Later on that night, we went to dinner. I had already made reservations the week before at a place called Senza Gluten, an Italian restaurant in Greenwich Village. (The Wife is celiac, so we always have to seek out gluten-free options for her. I've never minded this, because in truth, it's led us to some really amazing food finds that we wouldn't necessarily have discovered otherwise.) The place was tiny and rustic, and the food was wonderful. Yes, it was Thanksgiving, and yes, there was traditional turkey dinner on the menu. I had the chicken parm. 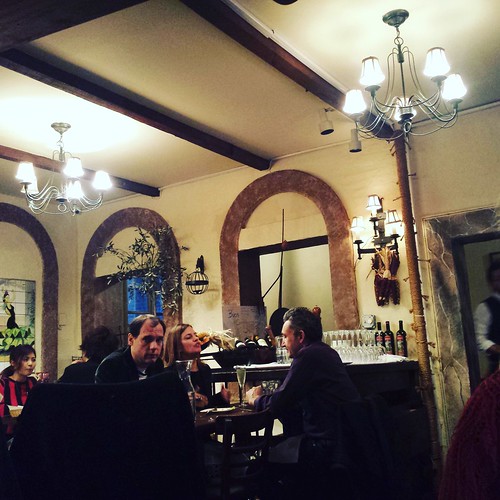 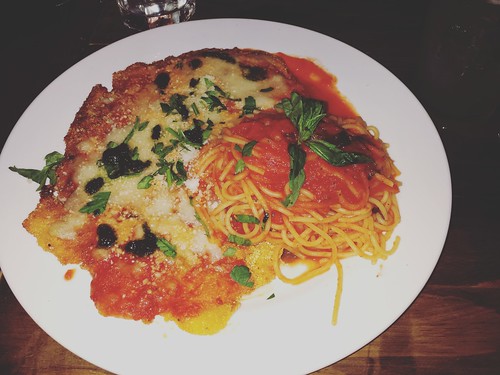 Upon leaving the restaurant, I had to walk into the middle of the street, because this is the view outside Senza Gluten's front door, facing south: 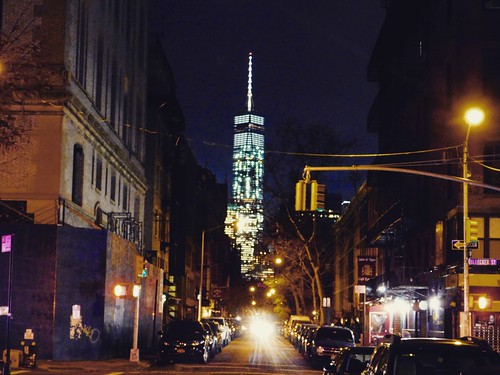 One World Trade Center is actually a very impressive building, especially at night.

This night was amazingly beautiful. It had been in the low 60s during the day, and by now it was in the 50s, a perfect night for a stroll through Greenwich Village, on our way back to the 9th Street PATH Station...and then I spotted something lit up, bright and white, off in the distance. It turned out -- and I honestly hadn't even realized this until I saw it -- that we were approaching Washington Square Park with that amazing, beautiful, famous arch. 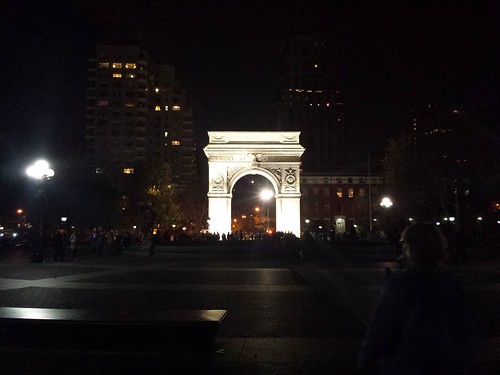 We lingered here a bit, taking in the November air that felt like May, gazing upon the arch and reflecting upon the impromptu memorials left for the victims of the attacks in Paris. 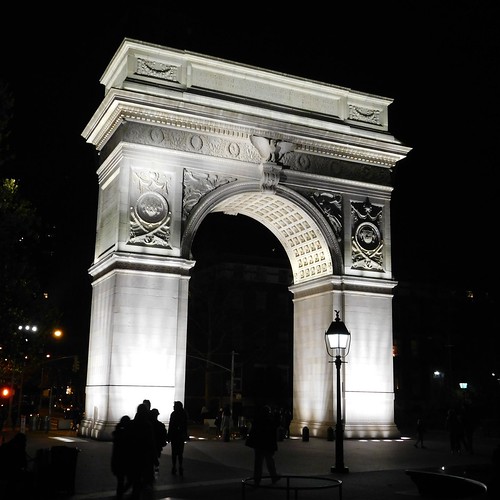 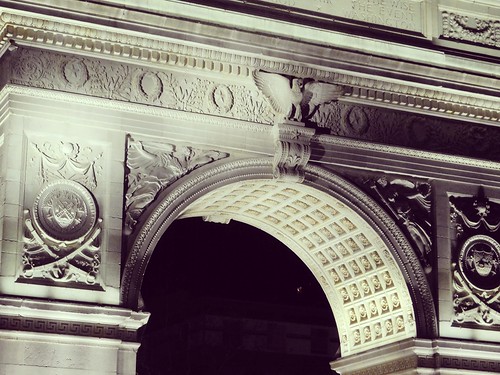 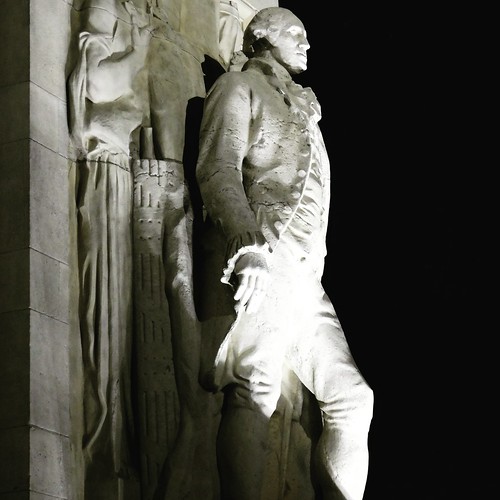 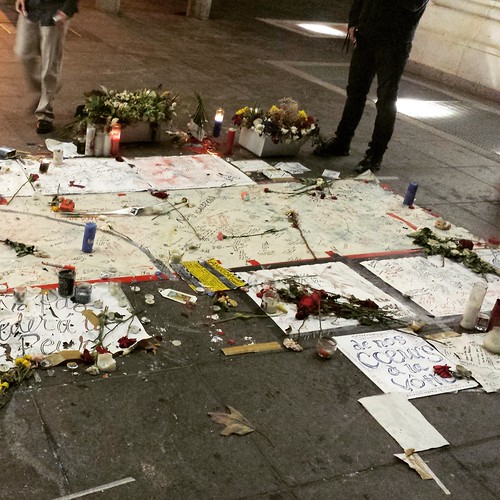 After that we finally made our way back to the hotel, full and tired and happy and thankful.

The next day? That's another post to come!
scrawled here by Kelly Sedinger at 7:33 PM