The dee-oh-gee is three!

I neglected to mention it here -- shame on me! -- but our dog had his third birthday the other day. Cane is now three years old. And at times, he acts like it.

We celebrated his birthday tonight: he got a new chew toy (he loves the ones that squeak) and we gave him two cupcakes (made specifically for dogs) from our local cupcake establishment. The cupcakes were tiny, apparently meant for little dogs, and he was disappointed when they were gone.

He's almost lived with us for a year, which means we're halfway through his probationary period. Right now, the needle is hovering just on the "keep the dog" side of the scale. We'll see if he manages to better make his case to stay with us in Year Two! 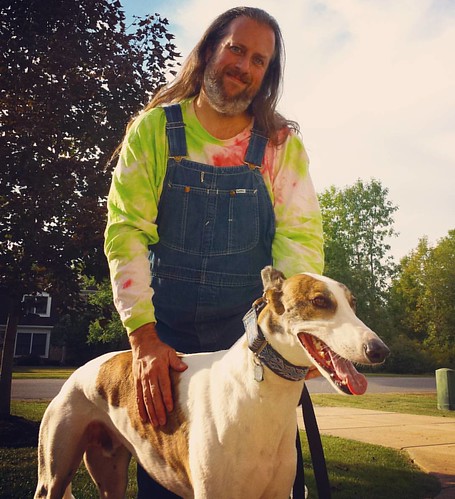 (Oh, who am I kidding. Cane ain't going anywhere.)