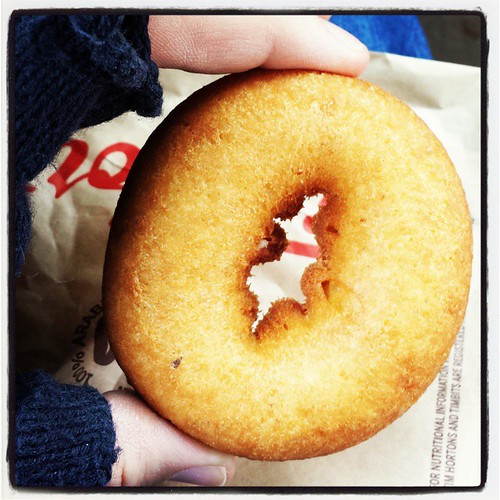 It turns out that Cane loves...donuts. This all started the first couple of times we had him in the car when we decided to pick up coffee at Tim Hortons. One location here actually keeps a box of plain TimBits (which are their corporate name for their donut holes) which they offer to dogs they see come through the drive-thru. Cane loves 'em, to the point where (a) he knows when he is in a Tim Hortons drive-thru line, and (b) if we're in the line and we're stuck behind traffic and not moving, he starts whining.

Anyway, I've started going to a different location near home, because the line there is always shorter than the other one. Cane and I have a new little "tradition" brewing where I take him to some local park or nature place and walk him for a while, so he can smell all the things and generally do dog-stuff, and then on the way back I stop at Tim Hortons. Only problem is, this new location with the shorter lines doesn't carry the plain, unsugared donut holes, so I just pony up the buck for a whole donut for him, which I break up into four pieces.

And then I pull over and feed him the donut. 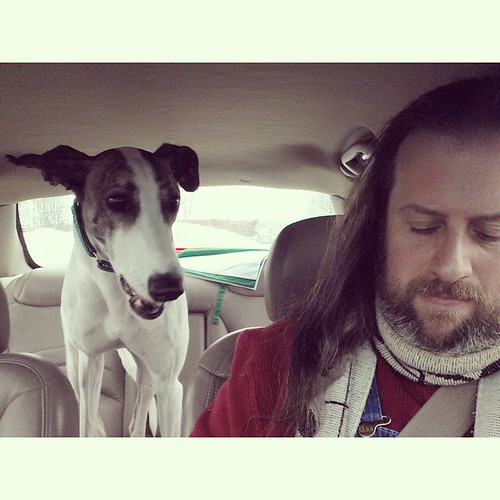 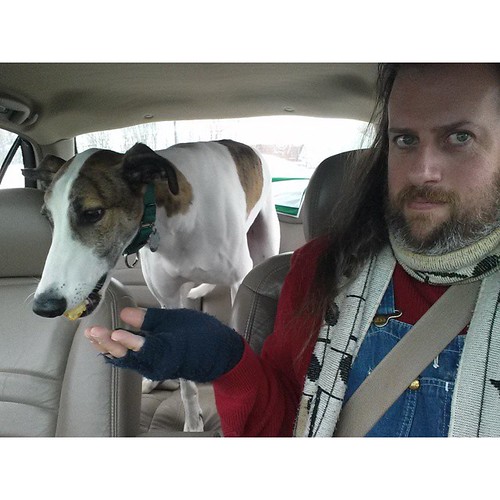 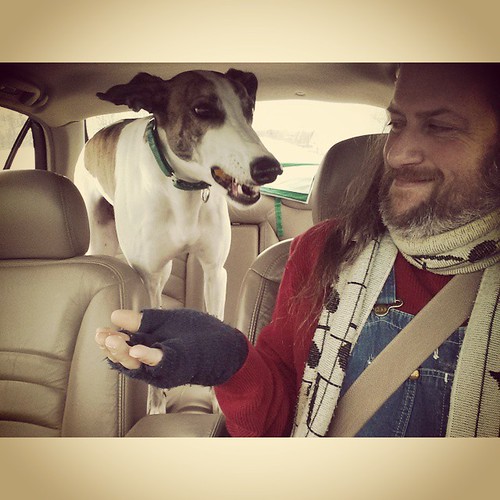 One really nice thing about Cane is that he's incredibly gentle about taking treats from your hand. You barely feel him do it, which is nice. And it's really funny to see how excited he gets when he realizes where he is.

All in a day's life of owning a dee-oh-gee!

scrawled here by Kelly Sedinger at 6:37 AM

Oh, oh, you're turning into a dee-oh-gee person...

At least you're stopping with a donut. My dad used to take his border collie with him everywhere, including various fast-food emporiums, where Shadow-dog would be gifted with his very own cheeseburger at four bucks a pop, or whatever... but then, Shadow was awfully endearing...