:: I note with sadness the passing of Geoff Edwards, who was a staple of my teevee watching as a kid, because he was...a game show host! As a kid, I loved me some game show hosts. Bob Barker, Bill Cullen, Jack Barry, Wink Martindale, Bert Convy...those guys were awesome. So was Geoff Edwards, who hosted a show I loved called The New Treasure Hunt. This show featured a whole lot of goofiness, with Edwards often ad-libbing to ratchet up as much tension as possible; producers were very proud that they actually got a contestant to pass out onstage one time. The show often descended into pure slapstick silliness, such as in this segment, in which cream pies are put to good use:


Gotta love the cheesiness of the 70s and 80s game show era! Colorful sets, weird skits, hosts in bad tuxes, and pies in the face. As much fun as Jeopardy! can be, I doubt we'd ever see Alex Trebek having any part of cheesy fun like this. 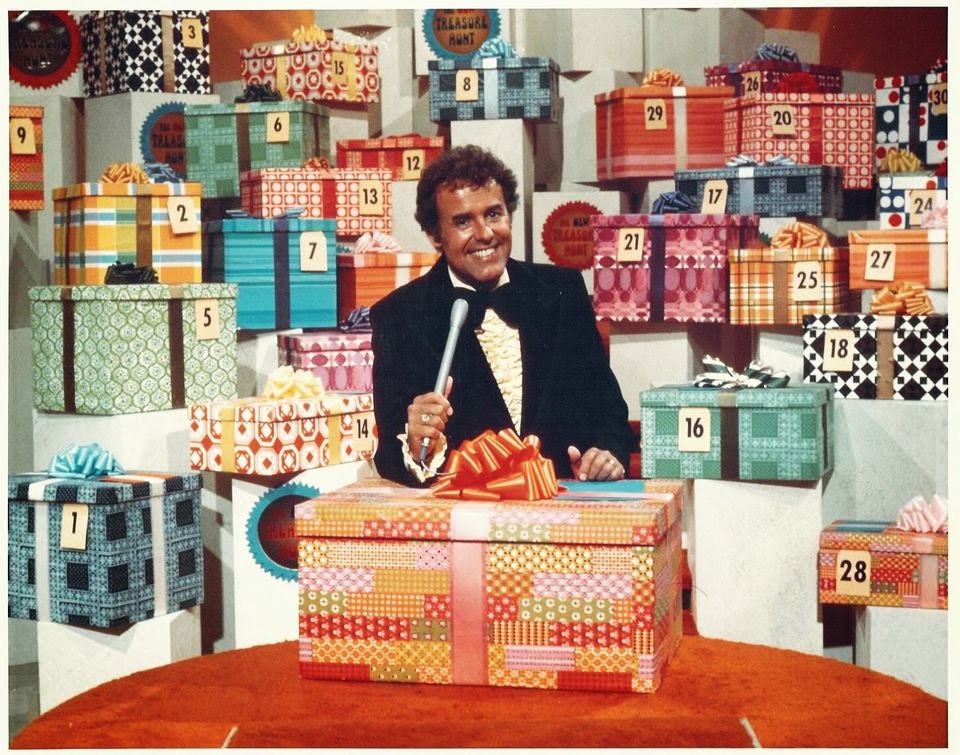 Email ThisBlogThis!Share to TwitterShare to FacebookShare to Pinterest
Labels: Burst of Weirdness, Passages, Pie in the Face

Actually, Trebek was fun on some early shows, although High Rollers is the only one that comes to mind.