Neil Armstrong was laid to rest last week. He lived near Cincinnati, and fittingly, the moon on the night of his burial was full and, as it happened, blue. 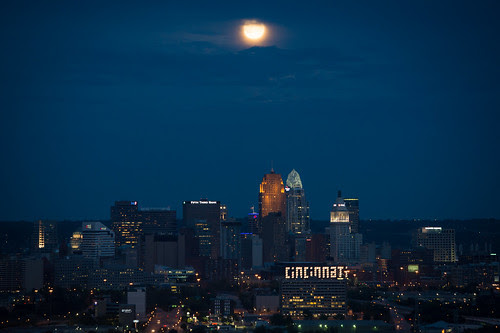 I haven't said anything about Armstrong's passing, because so many others have said what I would have said and said it better. I remain firm in my belief that humanity's future ultimately lies beyond this world, and I hope that Armstrong's footsteps won't have been the first of just a few that were never taken again.