UPDATE: I forgot to include a link to the article I quote. Fixed! 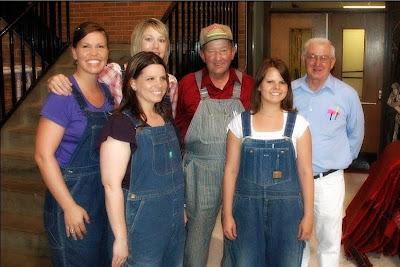 See the older fellow in the middle, there? That's a guy named Trygve Trooien. He's a farmer in South Dakota, and he collects overalls. He owns more than two hundred pair of them!

“It kind of started by accident,” said Trooin of his bib overall compilation. “I’m a packrat. I save everything, including my old overalls. And when you live in a house that has 18 rooms you have a lot of space to store things.”

“It seemed like a good idea,” said Trooin. “I now have over 200 bib overalls in my collection. There are 80 different kinds that include 42 different brand names.”

Wow. Two hundred pairs! This puts me to absolute shame. Last time I counted -- as part of Ask Me Anything! August 2010 -- my collection topped out at between 25 and 30 pairs. That struck me as a lot, but wow, does Mr. Trooien ever have me beat. That's absolutely amazing.

I actually have not purchased a single pair of overalls in several years, but now I'm wondering if I don't need to start up again! I do still check eBay once in a while, mostly for vintage pairs -- I'd love to find a white painter's pair that has a "traditional" chest pocket, as opposed to the big triangular pocket that most painter's pairs have -- but I'm rarely tempted, and even when I am, the bidding quickly shoots up higher than I have any interest in pursuing.

What cracks me up is that Mr. Trooien displays his collection by having "fashion shows"! He gets a bunch of women together, and then they apparently walk a runway showing off his overalls. This is awesome! 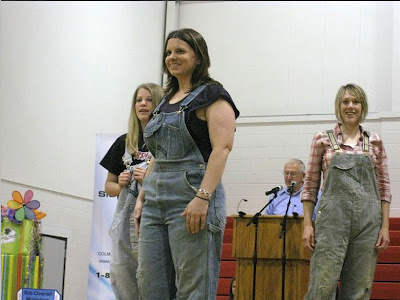 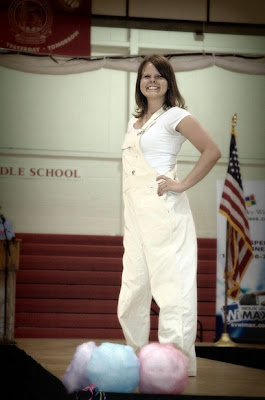 that's just fantastic ! can't you connect me to this guy, his name sounds as if he has Norwegian roots ! and he must be honorable member of our overalls community ! fantastico ! just bought some thrifted overalls, all too many now when we have to ship them back to Denmark/Norway !:) but it is only 10-12 pairs :))) can you btw give me your email, I have to tell you a special story !

Niels: Yes, he does sound Scandinavian by heritage, doesn't he? That region of the US has a large population of Scandinavian-descended people, so it wouldn't surprise me. The quote is from a newspaper article that I forgot to link -- I'll fix that -- but he doesn't seem to be on the Net himself. Maybe you can track down someone who knows him? I'll fix the link to the article as soon as I post this comment.

Oh, and my e-mail is in the sidebar, right under the photo of me in the tie-dyed sweatshirt and Dickies overalls. Mail away!

OH MY GOD...to quote Spock - 'You will be insufferably pleased with yourself for at least a month.'