Here we go. I think we're all caught up now: UI 44 is the MI6 Headquarters in London, England; otherwise known as the Home Base of James Bond, 007. (Although they didn't start showing this building in the movies until GoldenEye; prior to that, Bond's part of the operation -- if not MI6 in its entirety -- operated out of some other building, using the corporate name "Universal Exports" as a front.) And UI 46? That's the 18th green at Augusta National, where some prominent golf thing is held yearly. The Masterfuls, or something like that. It's the one where you get to wear a vermillion jacket if you win, I think. Two thousand Quatloos to the winners!

And now for the new one: 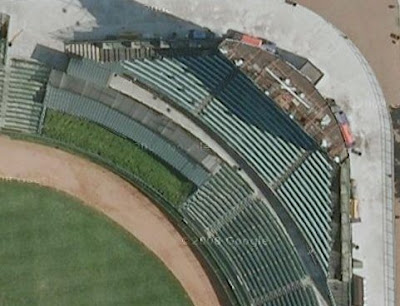 This is probably quite easy too, but you never know! Where are we? Rot-13 your guesses, folks.
scrawled here by Kelly Sedinger at 10:57 AM

You know, I haven't known a single one of these Unidentified Earths, nor have I understood how anyone could possibly guess them. But this one, I recognized immediately.