"Always": On the conclusion of CASTLE 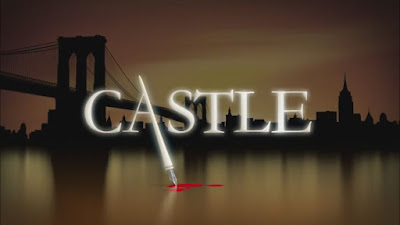 So Castle has ended.

I would rather it left leaving me wanting more, but as the last weeks of this season ticked by, I found myself actually hoping for the show’s cancellation. When it came, I felt a keen sense of relief, because not only was Season 8 mostly disappointing (and occasionally downright bad), Season 9 was setting up to be awful. Stana Katic was actually released from the show for Season 9, if it happened, so we were actually going to have Castle without Kate Beckett, and that would have been ridiculous. Best to get the thing off the air now, when it’s still in “stuck around too long” territory and not in the “completely bottomed out” region.

So what the hell happened?

A number of things. The worst was that the show was handed off to its third set of showrunners for Season Eight, and these folks simply weren’t nearly as good a group of writers as the previous showrunners, and certainly not as good as they show’s creators. That’s a big thing. Writing is everything, and in the last season, Castle just didn’t have the goods.

For one thing, they felt the necessity of having another Major Story Arc, so they somehow managed to resuscitate the Beckett’s Mother’s Murder thing, which had been long put to bed. The story they cooked up didn’t so much reestablish that as a mystery, but they posited another bad guy out there who had it in for Beckett for some reason, someone so scary that he terrified Senator Bracken, the guy who had actually engineered Beckett’s mother’s death. This person, a shadowy figure known as ‘Loksat’, was up to...well, we have no idea. Maybe this was explained, but I couldn’t tell you what Loksat’s plot was if you held a gun to my head. Loksat was known in intelligence circles, and...well, it was a dull and convoluted story that was never involving at all.

And then there were the complications this story involved. For reasons beyond comprehension, the writers decided that it would be a good idea to have Beckett leave Castle because she had to keep him safe while pursuing Loksat (while still being a Police Captain), so we had half a year’s worth of bullshit stories that had Castle aggressively courting his own wife, who had left him for reasons she wouldn’t tell him, and so on and so forth. This led to an awful lot of terrible shenanigans, some of which made me wonder if Castle had become a detective-story version of Three’s Company. This was all terrible, terrible writing that treated the characters like plot-device caricatures.

Castle has not always been perfect – case in point – but it was never this bad, either. Lots of folks attribute this to the fabled “Moonlighting Curse”, in which the sexual tension is the main driver of story and once you get rid of it, your story goes up in smoke. That might have been true with respect to Moonlighting, which was (let’s be honest) a shitty show in which the sexual tension was the only interesting thing about the characters, but that’s not some holy law carved in stone as many seem to think. There’s no fundamental law of storytelling that says that as soon as Castle and Beckett got married their status as an interesting couple had to be doomed, and the frustrating thing about the way it all unfolded is that the writers actually had a couple of interesting ideas but still screwed them up.

When Beckett “separated” from Castle, it further meant that he couldn’t hang out at the precinct and help the police solve cases. The writers solved this by having Castle become a licensed private investigator, and he took on his daughter Alexis as an assistant. This was actually a great idea, and would have been easily set up without the stupid bit about the separation: since Castle’s original permission to follow the precinct detectives came via his friendship with the mayor of NYC, simply posit that now there’s a new mayor who doesn’t like Castle, and boom! Problem solved! But no, instead the writers had Castle using his PI business as a way to “court” his own wife. This was a good idea whose execution was painful to watch.

Also painful was the use, then non-use, then use-again, of Castle’s father’s status as some kind of superspy. We never saw his father, but his new stepmother showed up just to help with the exposition of Loksat. That’s all that was ever done with any of that, except for referring to it in the context of Castle’s three-month disappearance a season or two ago (a very lame development in itself, which was the first canary-in-the-coal-mine incident that the show’s writers at that time were running low on ideas).

There were interesting episodes here and there in Season Eight, but on the whole, Castle went out on a deeply disappointing and silly note. Alas...there really could have been an interesting show spun out of two married detectives solving crimes. Castle could have morphed into an updated Hart to Hart, for example, or it could have done more with its occasional delving from murder mystery into spy fiction. Alas indeed. ‘Twas not to be.

Oh well. Castle still gave us four terrific seasons, a couple more decent seasons, then one “meh” season and finally a bad one. That’s more than we get from a lot of shows, and eventually I look forward to rewatching those earlier years. So many wonderful moments on this show, and I’ll always appreciate the way Castle managed to set a murder mystery show in New York City without also making NYC look like a horrible place of awful violence where only the crazy go. At its best, Castle was a witty and smart show that used its main character’s status as a writer to wink at the audience about the very tropes of storytelling that it was using. It was also a show with a very fine supporting cast, and a lot of great chemistry all the way around. It was fun and beautiful to look at and it had nifty premises and it gave me one of my favorite teevee literary jokes ever, when a guy survived being shot by virtue of the bullet encountering the copy of Brothers Karamazov in his jacket's inside pocket, leading Detective Ryan to quip, "Good thing this guy likes Russian lit; if he's a Nicholas Sparks fan, he's dead right now."

I plan to give the show a year or so to get the taste of Season 8 out of my mouth, and then? I might start rewatching it. The first five or six seasons, anyway. Because, you know. 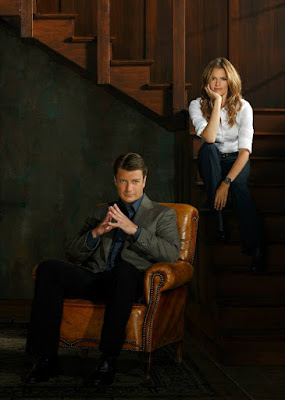