Eighteen years. I wonder what we have learned, if anything; how we've grown, if at all; if we've changed in the ways we needed to change. 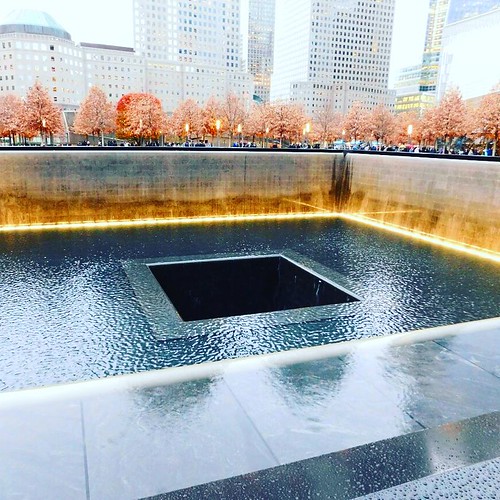 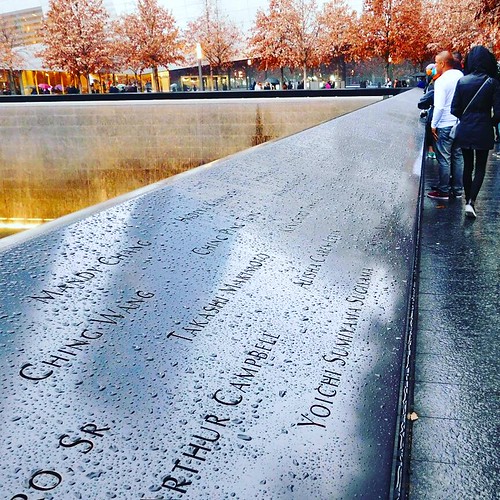 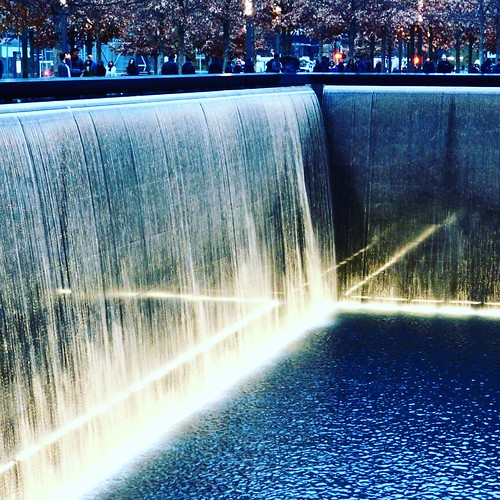 I wrote this story not long after the events of 9-11-01. It is not the story I would write today. How could it be? I was on the cusp of turning thirty, and at that point the scope of an attack of that magnitude was nearly impossible to process.

The City of Dead Works

There is never any rest for me, the Ferryman of the Dead.

I pole my barge across the black waters and up to the pier. So many wait this time, many more than usual. I wonder what has happened, what event has sent me this many. "Come aboard," I say. "I will take your coin for passage." One by one they file past me, each handing to me the coin that they never knew they had. It is the coin which determines where they shall be taken to rest, its metal shaped and determined by life. The coins of these dead are gold, every one of them purest gold. Six thousand come aboard my barge, and each has passage for the farthest and greatest of destinations. In that moment I know that something truly dark has happened; the gold coins are always forged in moments of darkness. I am the Ferryman. I can give them no answers to what lies behind their haunted, questioning eyes. I can only take them on this, the last of all journeys.

When they are all aboard I take up the pole and push away from the pier. The barge always feels the same, no matter how many stand upon its decks. Whether six or six thousand, it is all the same to me. I guide us out onto the River Styx. Some of the people look worried, but there is no need for fear. This river can do them no harm. They are already dead.

This is to be a long journey, I know – it always is, to this destination. As I guide the barge through the black waters, I look on the faces of those who have come to me. As different as these people all look, they all have the same expressions of shock, disbelief, and withering sadness. Here is a man of business, talking into a cell phone. He is trying to call someone, anyone, who will tell him that it’s all a dream, that it didn’t happen, that he didn’t die in a blast of fire, smoke, glass and steel. There is a mother who is explaining to her daughter that they won’t be going to Disneyland after all. And there, a group of firemen stand together, realizing that soon they will meet all their brothers-in-arms who have gone into the infernos before them. So many now – colleagues once in business and now colleagues in death, people who have never before met but now have the gravest thing in common. As the current takes hold, I look back at the pier. There are more gathering there. There are always more. They will wait. Time does not exist for the dead.

"Please," a young man says as he turns to me, "I have to go home to my daughters."

"You are going home now," I reply. "To the home where all eventually return." Two black rocks slide past on either side, the rocks that mark the passage of the circling Styx.

"She will be with you soon enough."

"When?" Her voice pleads, and yet there is no solace that is mine to give.

"I cannot say," I reply. "The Ferryman has no hand in Fate."

The tears come then, tears from the six thousand that run over the gunwales and into the river which has been fed by tears for centuries. All tears are born in the River Styx.

"Where will you take us?" someone asks.

One our left we approach the Hills of the Damned, an endless stretch of shattered lands which reach away into the blackness. The waters echo with the cries of all those who have been taken to the Hills for the agony they have brought on the living. I consider the bag of six thousand gold coins, and I realize that I will have to journey to the Hills this day. There will be a person, perhaps more, who will pay me with a coin of black tin; but not on this journey. As the hills recede behind us, the unending cries of the damned become fainter and fainter until they are drowned out by the lapping of the waters upon the sides of the boat and the marker stones that we pass. The six thousand fall silent, each realizing that it is not a dream. I would offer solace, but as ever I cannot. I am the Ferryman.

We come around a particularly dark bend, and before us lies a very wide expanse of water, as if the Styx has become an ocean – which in some sense it probably has. And beyond that expanse are the thousands of twinkling lights that I have come to know so well. One man, a fireman, sees them too. "What is that?" he asks.

"It is the City of Dead Works," I reply. The lights of the city glow on the horizon, and every one of the six thousand turns toward them as the Styx impels us onward. As we come ever closer to the city, the glittering lights reflect off the black water.

"I don’t understand," someone else says. "The City of Dead Works?"

From behind us, golden light: the Sun of the Dead is rising as it always does when the dead come near the City. Above us the firmament is turning purple, then blue; soon the light of the Sun will illuminate the City of Dead Works. As the sky lightens, the true scope of that city becomes plain: it stretches away into the land, farther than any eye could see. Not even the highest-soaring raven, cavorting in the breezes and zephyrs of the dead, could take it all in. It is bigger by far than any one city ever built by the hand of men, because it encompasses some part of all of them. Perhaps it is bigger than all of the cities ever built. Now the sun’s first rays come up behind us, and the first buildings can be seen down by the water.

"That one looks Egyptian," a woman says.

"The Great Library of Alexandria," I tell her. "Once the greatest repository of learning the world had ever seen, now only a memory to the living and a reality only to the dead."

A man points to a building high upon a rock. I nod.

"The Temple of Solomon," I say.

"There are ships in the harbor," says another. Thus for him I name the ships: Arizona, Indianapolis, Lusitania, Bismarck, Wilhelm Gustloff, Cap Arcona. And many, many others. I scan over the impossibly vast city and spot Dresden, as it was; and beside it the cities of Hiroshima and Nagasaki. And how many smaller villages, tucked into the hills beyond the City? None can say. The Sun of the Dead shines upon those hills now, and the great stone statues in the likeness of Siddhartha Gautama.

I only shake my head as we continue to float by the City. I do not point out the fairly small, nondescript office building that sits near the water. It is not a particularly remarkable building; nor was it, really, until the fuse was lit. The six thousand almost don’t recognize it.

Not one word is uttered as we slide past the Alfred Murrah Federal Building. Then we turn away from the City of Dead Works, and head again down the waters of the Styx toward distant hills and the place where these people will join their brethren.

"Who lives in that city?" It is a priest in a fireman’s coat.

The Styx takes us into the Golden Hills. Soon we will be there, and the six thousand will go where they belong. And then the Styx will complete its circle, taking me back to the pier where more dead await.

"We will be there soon," I say. "Soon we will be at the Elysian Fields, where all heroes go – for that is what you all are. It is what you have bought with your lives, with the shaping of your coins into gold." No one replies. We near the last bend now, and before us lie the Elysian Fields, where peace reigns and where heroes dwell; where all is light and voices are always raised in song. The Sun of the Dead shines warmly on Elysium.

But they do not see it. They, the six thousand, all gaze back behind us upon the City of Dead Works. It will soon be behind us forever as we round the last bend of the River Styx into Elysium. I know they all need one last look upon that City, and I do not grudge them that. For myself, I do not look back; the eyes of the Ferryman are ever forward. But I know. I know that the City of Dead Works is different now. I know that it has changed. I know that the people who come with me now to Elysium, the dead around me, look back on the two soaring towers of steel that now rise above the City where there had been no towers before.

I know these things.

I am the Ferryman of the Dead.

Finally, music. I was unable to listen to any music at all for several days after the attacks, until I finally put on this recording of Elegy, a wind ensemble composition by Mark Camphouse. It is one of the most haunting, meditative, and ultimately affirming works of music I know. I offer it not quite in remembrance or observance of 9/11/01, but rather as a meditation on the sadness of that day and as a balm for its passage.

I love that piece. (That sounds weird to say given the subject matter, but I do find it cathartic).

This year is particularly hard for me - loss of my father in July, loss of a friend last week, the beloved minister of my church leaving, huge upheavals at work. It is almost too much for me to remember what happened 18 years ago, sitting in the very same office I sit in today, frantically scanning the then-much-less-wide World Wide Web for some kind of news....until my university closed and we were all sent home for the day.

I think that event was the start of my downward plunge of optimism and trust of fellow humans :(

What have we learned? Never-ending war.