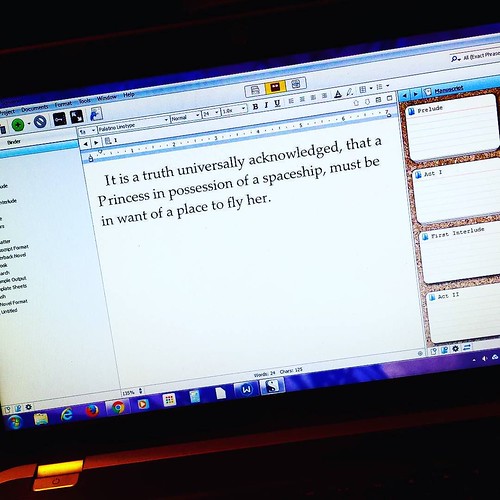 Time for my sixth attempt at writing 50,000 words in thirty days! Can I do it? Stick with me and we'll find out! The project this year is The Savior Worlds, which will be Book Four of The Song of Forgotten Stars. I succeeded at hitting the 50K mark both of my first two years of NaNoWriMo, but the last three years all ended in failure: 2014 had some plot struggles with what ended up being Amongst the Stars, and then 2015 was a truncated month in which we traveled to New York City, so I wasn't able to cross the finish line despite a valiant effort. The less said about last year the better, but basically the results of the 2016 election sent me into a creative tailspin that had me unable to write anything at all for several weeks.

This year, we'll see. I'm optimistic, but you never know. At least we're not on the cusp of doing something so wildly bizarre as electing Donald Trump to the Presidency this year, right? Right?