"In a hole in the ground there lived a hobbit." 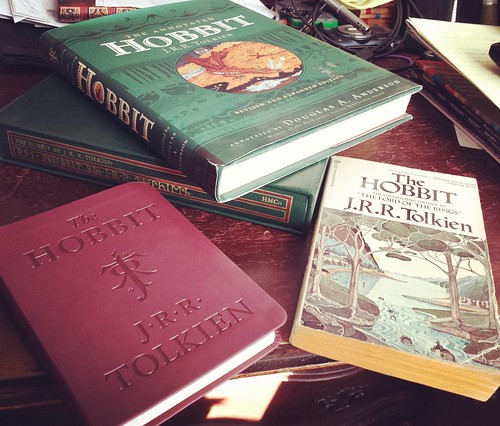 I didn't know this until I saw it online today, but The Hobbit was first published 80 years ago today.

At no point have I not loved this story (except for the handful of years I was unaware of it), and I don't expect that I will ever not love it. The Hobbit and its more noted follow-up, The Lord of the Rings, are on my shortlist of the stories that have shaped me the most: we're talking Star Wars territory here, to be honest.

I knew the story of The Hobbit -- well, most of it, anyway -- several years before I actually read the book. That's because my first encounter with this story was via the Rankin-Bass animated version that first aired in 1977. I don't recall if I saw it then or on a subsequent re-run, but it didn't matter: I loved this story quite intensely, and when I read the book a few years later, I was done for. 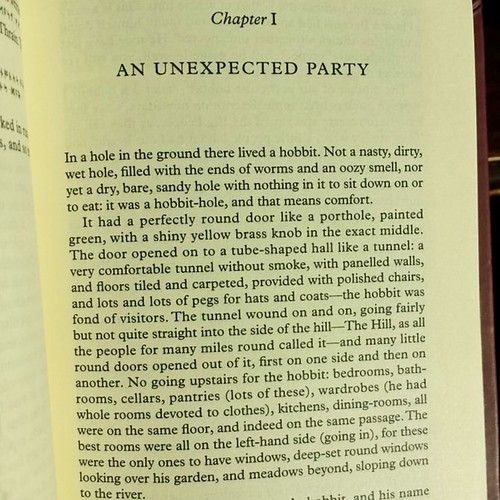 The Hobbit is often seen as a children's tale, inessential to the greater work that followed it, but I've never viewed it that way. Reading The Hobbit is as essential to the experience as anything, and I never ever re-read The Lord of the Rings without reading The Hobbit first. There is so much in The Lord of the Rings that simply doesn't make sense, or at least has the impact blunted, if one hasn't read The Hobbit. The eagles arriving at the Black Gate; the tonal shift about halfway through Fellowship into a more heroic mode; the history behind Sting and the mithril coat.

More than that, though, the adventure story that comprises The Hobbit contrasts greatly with the world-wide import of the events to come. The focus in The Hobbit is intimate, and the focus never wavers from this little hobbit named Bilbo who is ensnared in events larger than he can comprehend, and his efforts to make his way in a world he doesn't understand and barely wants to. The Hobbit is an adventure story, but it's an adventure story that ends somewhat ambiguously with the treasure won but one of its seekers dead. This anticipates the moral direction of what is to come, when the fundamental quest is not to find something but rather to lose something that is already found.

And it is, really, one hell of an adventure story.


Long live The Hobbit! It's been a few years since my last re-read, so...I think that I may be quite ready for another adventure!