I'm sorry, could you talk into my right ear instead?

So, I'm nursing an ear infection this week. That's fun.

As ear infections go, it's not one of the worse ones I've had in my life. There wasn't much of a preceding ear ache at all, but the inflammation and swelling came on quickly, and there is occasional ringing and pain associated with it. Don't worry, I've seen the doctor and I've got prescription ear drops and I'm taking ibuprofen to keep the pain to a minimum. This particular ear infection has been more toward the "Wow, what a pain in the ass THIS is" side of the spectrum than the "OMG JUST SHOVE A SHARP STEAK KNIFE IN THERE AND END IT ALREADY" side. And believe me, I know.

I got ear infections all the time as a kid. They came every spring, it seems to me -- like Capistrano and its damned swallows. Every spring I'd get sick and it would settle in one of my ears and off I'd go to the doctor to be poked and pried about in there. I have vague recollections of one doc sticking a pair of tweezers in there and extracting a chunk of ear wax the size of a quarter, and I have other recollections of my mother's, ahem, aggressive application of ear drops to a particularly swollen and inflamed ear canal. (Hey, she had to do what she had to do. I'm still here and I'm not Beethoven, writing music I can't hear.)

Of course, nothing was quite so bad as Stephen King's experiences with child ear infections. Thankfully I never once had to endure the lancing of my ear drum, as King describes in this somewhat harrowing passage from On Writing:

The doctor looked in my ears, spending most of his time (I think) on the left one. Then he laid me down on his examining table. "Lift up a minute, Stevie," his nurse said, and put a large absorbent cloth -- it might have been a diaper -- under my head, so that my cheek rested on it when I lay back down. I should have guessed that something was rotten in Denmark. Who knows, maybe I did.

There was a sharp smell of alcohol. A clank as the ear doctor opened his sterilizer. I saw the needle in his hand -- it looked as long as the ruler in my school pencil-box -- and tensed. The ear doctor smiled reassuringly and spoke the lie for which doctors should be immediately jailed (time of incarceration to be doubled when the lie is told to a child): "Relax, Stevie, this won't hurt." I believed him.

He slid the needle into my ear and--

Actually, I'm not gonna quote the rest of that passage. Suffice it to say that King tells the tale quite ably. He ain't the Master of Horror for nothing. That guy has a knack for making you feel like you're there when the awful shit starts happening.

So as I write this, the ear is still overly swollen so it's hard to hear on that side. The other morning one of my bosses tried talking to me from my left before I had realized he was there (and thus had a chance to tell him of the annoying malady-of-the-week), and I just turned and looked at him as if he hadn't said a word. Luckily he's a nice guy. I've had bosses with whom that might not have gone over so well. (Not at my current job, though, I'm glad to say.) I'm doing a lot of "What the hell is that sound!!!" reactions to standard stuff: the running of the refrigerator really sounds strange when it's not in its proper stereophonic sound. I can tell it's getting better by the fact that it's not as sore, but wow, I'd really like at times to just jam the world's biggest Q-tip in there and root that shit out.

There's something about those maladies when you can feel that various openings and cavities within the head aren't nice and open the way they should be, isn't there? As I science-fiction geek, I think of it thusly. There are times in life -- rare, but real -- when given the choice between a working lightsaber and the gizmo Arnold uses in this scene from Total Recall to extract the tracking device from his sinuses, I'd take the nasal rooter.


In other boring news, I ran out of small coffee filters last week and thus I had to switch to drinking green tea in the mornings instead of coffee. I've actually been enjoying this change, partly because I've been using one of my nifty teapots! 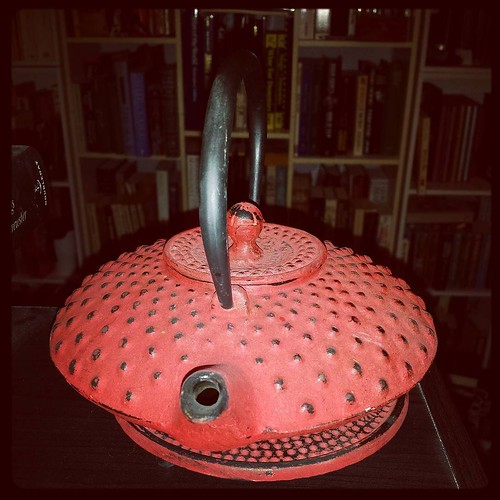 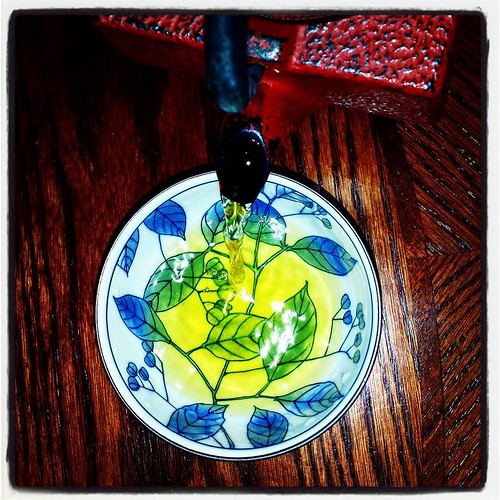 And in one last bit of weird life stuff, last Friday we ordered out at work for Chinese food for lunch. It seems that the dark feelings of the Trump Era may also be affecting those who write the fortunes for fortune cookies: 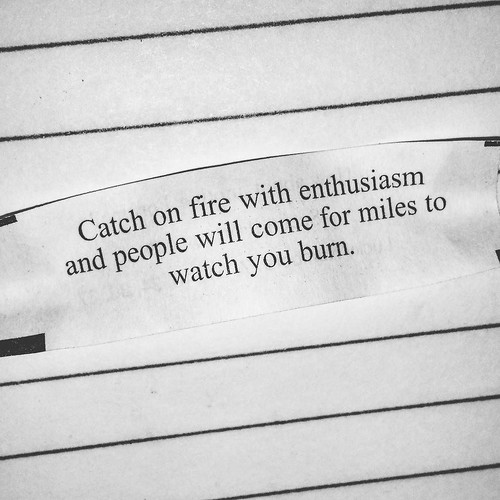 OK, that's enough of that. Back to working and writing and waiting for my left ear to inevitably pop open, all at once, when I'm standing someplace noisy. I'll be the guy covering my ears and screaming in the middle of the Housewares section at Target.

scrawled here by Kelly Sedinger at 6:41 AM

the Daughter's had that periodically. Me less so, but I do relate. WHAT?

What a horror story! Hope you feel better, pronto!

I had tons of ear infections as a kid. This was the era before Ear Tubing, or else I probably would have been tubed.

I did get drops one time to treat one that gave me a rash that almost exactly mirrored the pattern of my sinuses. That was weird and even the doctor thought so.

And thank you for sparing us the full description of King's ear procedure. Imagining it was bad enough.