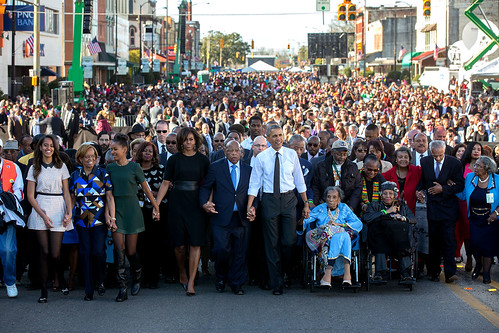 I honestly never thought writing something on the occasion of your impending departure from office would feel so bittersweet, but my God -- I didn't expect a lot of things.

On the night you won the Presidency, there was a surging feeling that America had done one of the truly spectacular things that it has done occasionally in its history. It felt, in some way, like putting a human being on the Moon, or maybe like sending wave upon wave of thousands of soldiers onto those beaches in France to finally start putting an end to World War II. I was born in 1971, so I've known all too few of those amazing moments when the promise of America seems to rise up and make itself known in one single event. That's what your election felt like.

Maybe that was too much to put on you, in addition to, you know, actually being President.

On that night in 2008, I wrote about how much you inspired me and how you represented not just a huge step forward in being this country's first black President, but that you also appealed by virtue of being a curious and studious man who didn't seem to approach each issue with your mind already made up. I think that you did end up being that kind of President, and the country benefited for having a calm and steady hand at the wheel, a hand that was not prone to emotional decision-making or spontaneous policies shaped by a misplaced faith in your own ability to size people up on sight.

I also noted that you were still an imperfect human being, and that you were still going to have to work within the confines of our existing political system, which meant in turn that you would be disappointing to me on occasion. I won't lie: yes, there were times when I wished you would push the gas a little harder, show a little more of your anger, shoot from the hip a little more. I wish you would have recognized earlier the degree to which the Republican Party was unwilling to engage your ideas in any way other than predetermined opposition. I also wish that the drone warfare had ended, and I'm sure that you're frustrated that Guantanamo Bay is still a going concern and that you got absolutely nowhere in addressing America's ongoing love affair with firearms.

But that's the point, isn't it? I'm no expert, but I'm pretty sure that no President has ever left office having achieved every policy goal they set forth from the time they took office. I'm sure every President who left office under their own power felt the keen pain of missed opportunities and unmet goals, some more than others. But you got a surprising amount of things done: the stimulus package that kept an economic disaster from metastasizing into an economic calamity for the ages. Real policy changes addressing climate change. An end to discrimination against gays in our nation's military. The Affordable Care Act.

I don't know how many of those things will stay in effect. Like many Americans -- if not most Americans -- I look to the future, and to what may be coming from the incoming President and Congress, with a high degree of trepidation and grim resolve to fight against it. I've no doubt whatsoever that you will not be shrinking from the coming battles, as justified as you might be in stepping back and saying "Come on, folks, I did the job for eight years and I've earned a break." The truth is, there is still a lot of ugliness in the heart of this country, which eight years of your Presidency were not enough to end. We are still a country with a great deal of latent and institutionalized racism, sexism, and other bigotries in play. We are still a country that seeks to punish the poor, that undervalues education and those that provide it. We are still a country that praises freedom but erects barriers to voting. We are still a country that resists application of policy ideas that have proven far superior in other countries to our own approaches to issues like health care, energy, and transportation.

It saddens me deeply that a lot of these ugly factors in the American psyche are coming to the fore as you leave office, Mr. President. You worked hard to engage these things and there are times when it's hard to look around and see any progress at all.

But we did elect you, Mr. President. We elected you by huge numbers, and we did it twice. Further, the incoming President, for all his loud bluster, is only the incoming President by virtue of a very odd quirk in our electoral system. And there are millions upon millions of people who are unwilling to see your work and your legacy undone. Jon Stewart said a few months ago that we are still the country that elected Barack Obama. We're going to have to live up to that, but we're still a country where millions elected you and where millions supported you and where millions are ready to stand up and fight for the things that you just finished eight years fighting for. We're not throwing away our shot.

So anyway, I just wanted to say thank you, Mr. President. You did a lot of good for the United States, and I truly believe that we are better for your service. I truly believe that you are the best President of my lifetime (and my sample size starts with Nixon). I hope that you will continue to see, in decades to come, an America that resumes and continues striving for the America that you said we could have. And we still can. 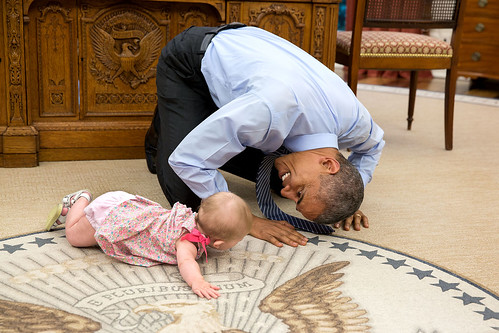 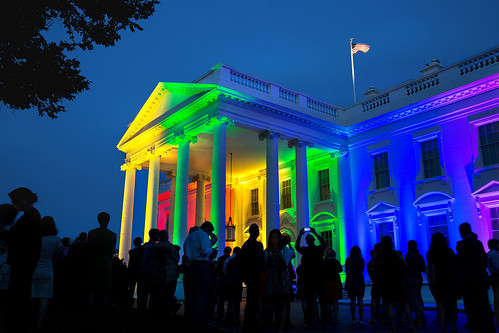 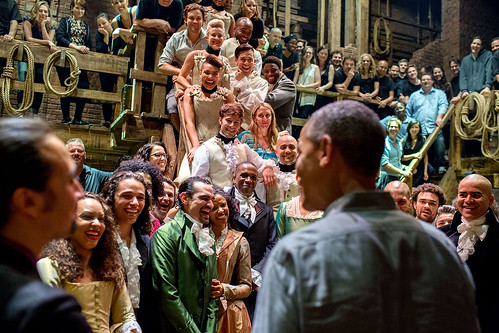 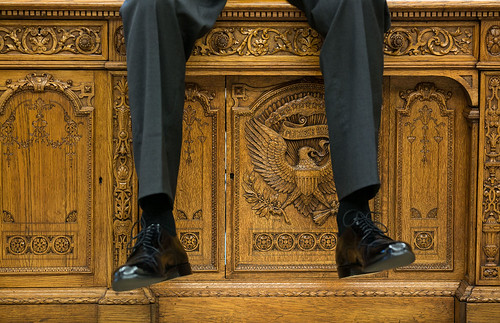 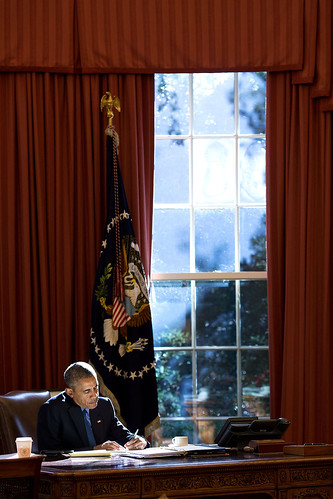 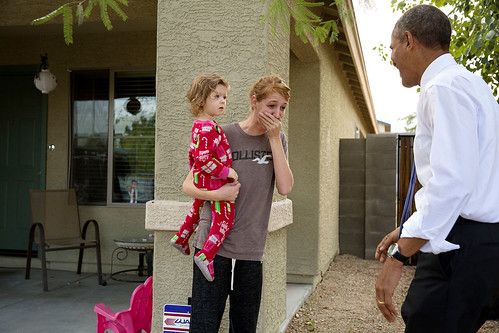 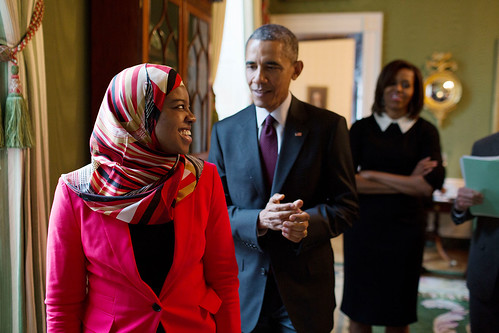 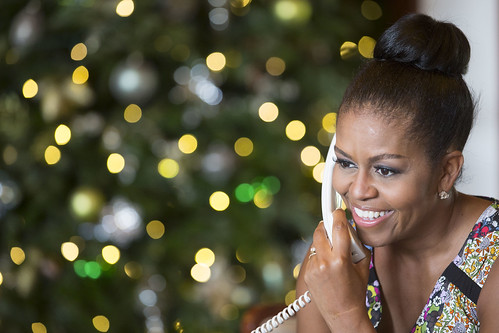 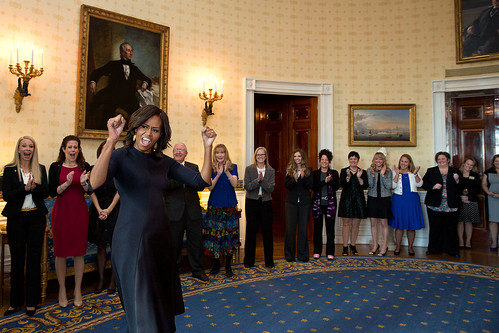 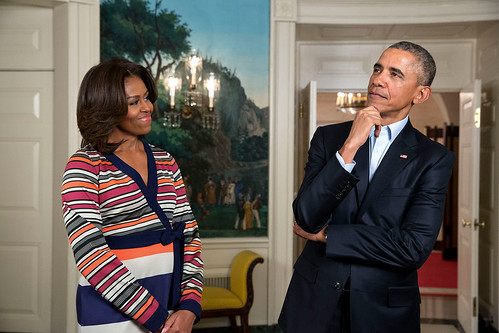 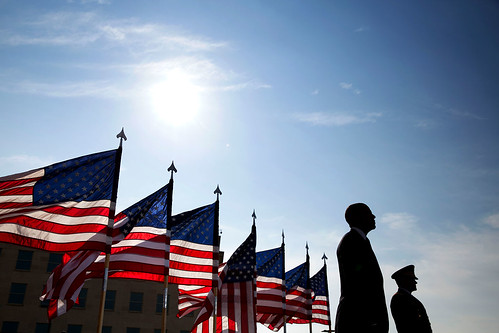 Would you agree that Michelle has gotten even BETTER looking since 2007? I sure think so