In (partial) defense of SCORPION 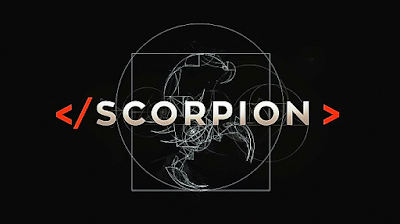 So we’ve been watching a show called Scorpion lately. It just wrapped up its second season; we’re four or five episodes into the second year.

Scorpion is a techno-thriller show about a team of supergenius misfits who are all brilliant at something but who all lack social skills to one degree or another (and they're led by Walter O'Brien, the guy among them who boasts both the highest IQ and the least amount of social acumen, and who is apparently based in part on a real guy), and their Homeland Security handler who manages their caseload and the local waitress from a diner who ends up helping the team to interact with people who are not supergeniuses. Together, this team – called “Scorpion”, hence the name of the show – addresses problems.

I’ve always liked this kind of story, the team-of-skilled-folk who put their skills together to accomplish amazing stuff and solve problems. I guess it goes back to The A-Team for me, although this style of story certainly goes back much farther than that; The Guns of Navarone is one such story, I suppose. Maybe Mission: Impossible! is as well. But this show’s most recent ancestor seems to be the wonderful Robert Redford-led ensemble caper flick Sneakers. The formula is always the same: each person in the team has a different skill set, and they are called upon in various ways to help out in the missions. You have the leader, the supergenius hacker; the supergenius psychiatrist; the math genius who is afraid of his own shadow; and the mechanical wizard who can do anything with a set of tools and whose main means of expression is harsh bluntness.

Scorpion is basically our current source of light, fun action entertainment. It’s not a great show, although I do sometimes get the impression that it could be, if it ever really homes in on its tone. The first season never quite got there, and my general impression was that the writers really needed to just let go an embrace the full-on potential their show and its characters have for some really gonzo geeky storytelling. Happily, they seem to be trending in that direction in the second season. There’s been some really gonzo stuff happen already, and hey, the second season gave us a slow-motion shot of Katherine McPhee in a wet t-shirt. (What can I say.)

So Scorpion’s not a great show, but it’s a fun show with some potential. I think it needs to delve even more into its wit and potential for comedy, and avoid the pitfall of getting too “dark and serious”, outside of maybe an episode or two, here and there, just to change things up. Scorpion is at its best when it uses humor along its way, and I hope the writers sharpen the wit as the show moves forward. They've already discovered the fact that with stories like these, once you establish what each character can do it's cool to stick them in situations where one has to call on skills that another member of the team has.

Some other things Scorpion does well? For one thing, the cast is terrific. These aren’t great actors, by any means, but there’s a lot of chemistry here, which is important in a show about a team. You really do get the sense that these people all like and care about each other, even their gruff Homeland Security handler agent (played by Robert Patrick, the T-1000 himself).

For another, I like that Scorpion’s challenges are varied. Sometimes they have to do straight-up espionage, such as an episode in which they have to break into Cuba’s central bank; other times they have to help find a group of lost hikers in an area where wildfires are starting to sweep through. Each episode manages to come up with a different bunch of challenges, so thus far there’s not a real sense of formula yet.

Additionally, while there are serial elements to the show (and I do think that Scorpion is leaning too heavily on romance amongst the team members in this regard), so far there is not some big overarching mytharc story behind it all. I love that. There’s no “Who killed so-and-so’s parents” or any other slowly-unfolding larger story to Scorpion. There’s no “big bad villain” to be sought after over the show’s run, with BIG DRAMATIC DEVELOPMENTS in the major storyline coming in sweeps-month two-parters. We have a few budding romances, and an ongoing story involving hero Walter O'Brien's dying sister. (As of this point in our viewing, she hasn't died yet, but I know that she does go, soon.) In a time when every show seemingly has some continuing story behind its individual episodes, and in a time when those continuing stories often get drawn out to the point of nobody caring anymore (I’m looking at you, Mentalist, with your chase of Red John going on way past the point of giving a crap), it’s refreshing to see a show that really downplays its serial aspect.

Scorpion is mainly exactly what it sounds like: a fun, likable show that isn’t trying terribly hard to be more than that. And you know what? That is just fine. 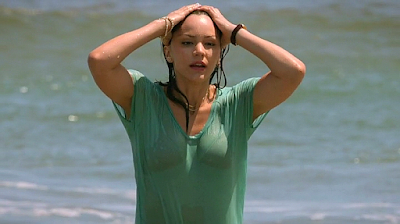 There's nothing wrong with a show that's just simply fun. I watch it, occasionally think "this is really awful but I keep watching anyway and sometimes it's surprisingly good.