Let's rank some Presidents Who Never Were! 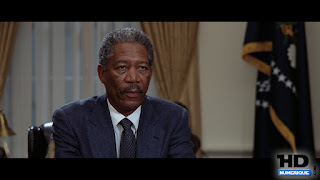 President Beck's record might seem spotty, given the amount of destruction due to natural disaster during his term, but his stoic leadership helped keep a seemingly doomed nation calm in the face of extinction-level calamity. And he pledged to rebuild, which was nice.

His first name is unknown, and he appears to have spent a good deal of his Presidency in traction due to back trouble. He is also known for being lazy, given his use of the "Declaration of War (the short form)". Still, his term saw some gonzo stuff happen, most notably the attempted exodus of Red Lectroids to Planet Ten. 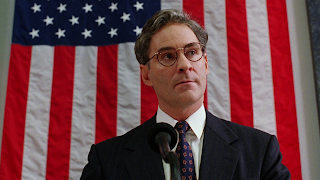 This President was a deeply odd man. He was cold and calculating, and was eventually proven to have been a crook as well...but then he had a very odd turn of heart and become something like a handsome FDR. In a creepy turn, after his death from some kind of cerebral hemorrhage or something, his wife ended up dating a guy who looked just like him. Very strange. 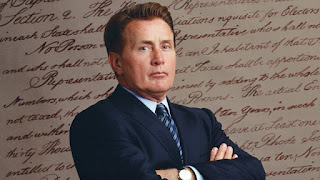 One little-known aspect of President Bartlet's term is the number of steps his staffers walked on a daily basis. One prominent observer once said, "Why do these folks have desks? They do all their major policy-making while walking in circles around the White House." Bartlet is also noted for having lied about MS and having embroiled the United States in foreign policy crises (and gotten his own daughter kidnapped) when he decided to assassinate a leader of a fictional nation. Also oddly, he only served seven years and cited Rizzo from Grease as his favorite fictional character of all time. 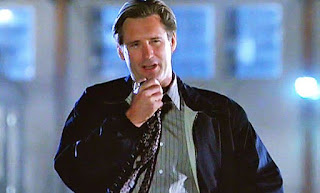 Apparently a crappy political leader, President Whitmore earns top marks for strapping into a fighter jet and helping blow up an alien spaceship. If Herbert Hoover had done that, he'd be on Mount F***ing Rushmore. Oh, and Whitmore gets special marks for becoming President and doing all that after being embarrassingly dumped by Meg Ryan in favor of complete stranger Tom Hanks.

Honorable Mentions: The President, unnamed, who pinned his hopes to Superman when three other people from Krypton showed up who were a lot less nice than Kal-El; President Allison Taylor, who resigned in disgrace after tearfully wishing that she could help disgraced agent Jack Bauer (apparently forgetting that she could just pardon him); President Andrew Shepherd, who fell in love with a lobbyist and had very nervous sex with her in the White House before giving a speech in which he literally promised to go door-to-door if he had to in order to confiscate Americans' guns; President Richard Nixon, and not that one but the one who looked a little like that Hannibal Lecter fellow.

Oh, and The President of the United Federation of Planets who helped negotiate peace with the Klingons at Camp Khitomer, without calling anyone a "dumbass".

Finally, make sure to check out this summary of the most dangerous period in Presidential history.

One of my personal favorites is President James Marshall of Air Force One. Takes down a group of kidnappers and terrorists on his own damn plane. Well done, sir.