I'm on vacation now, so I won't be posting until Sunday at the earliest and Monday at the likeliest! Anyhow, a couple of things:

:: Inside Steven Spielberg's JAWS vault. A look at ephemera from the making of the movie. Awesome!


For the record, my favorite hot sauces are Franks, Cholula, and Sriracha with the rooster on the bottle. I have no use for Tabasco. It tastes funny to me.

:: All 32 NFL team helmets imagined as Star Wars-themed. I, for one, would proudly root for the Buffalo Banthas! 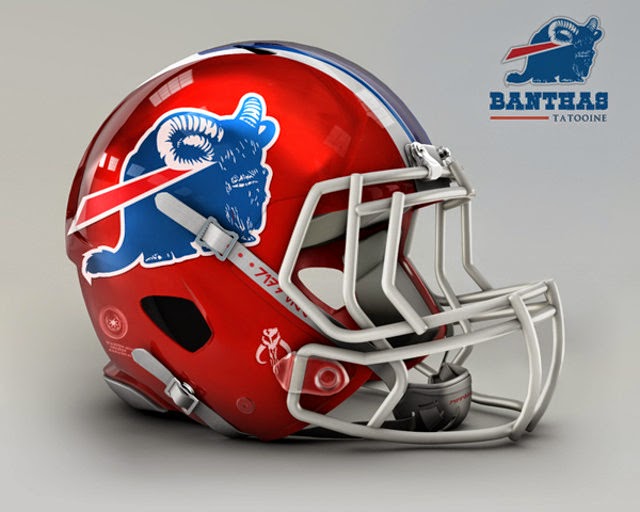 ::  Interesting article about near-death-experiences and what they tell us about dying. I'm not sure I totally buy into everything here, but I don't know nearly enough to say one way or the other. I'd like to believe that something endures after death, but...well, there's only one way to know and no way to report back, thus far.

::  The Baltimore Orioles are pretty cool in that when they do a post-game pie-in-the-face for the game's hero, they don't put shaving cream on a towel. A local bakery makes their splatting pies for them, out of real edible stuff. I respect that and partially root for the Orioles on that basis alone! (Although I think I'm rooting for the Royals now, since the Pirates got bounced by the Giants in the wildcard game. Get 'em next year, Buccos!) 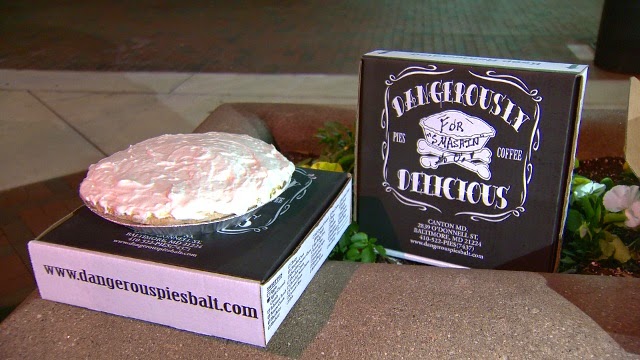 ::  Finally, speaking of pies in faces, you may recall from when I did the ALS Ice Bucket Challenge that I expressed hope that a pie-in-the-face challenge would come around next. Well, a bunch of them have been going on, pertaining to a number of ailments: depression and suicide awareness, Huntington's Disease, Parkinson's, Childhood cancer, and even cerebral palsy. (Obviously that last would hit too close to home for me.) Well, seeing as how a lot of the good in these "viral" fundraising bits of goofery lies in the idea of "raising awareness", I was fascinated to see a pie challenge for a syndrome I'd never heard of before: Porphyria. This thing is both nasty and rare, so I decided that's what I was going to do. Yesterday morning I launched my vacation by taking the Porphyria Pie Challenge.


Pies and a good cause: you can't go wrong with that. (Yes, I donated as well.) ::  Oh wait! Really finally: check out my Official Author Site, if you haven't done so already! The ACTUAL TITLE is revealed!

That's really it. See you all in a few days!