Well, that was disappointing, wasn't it? I mean, I suspect that everybody already knew in their heart of hearts that the Bills weren't ready for prime time yet, but still, it's a bummer to see it laid out so plain. And this game was pretty useful, I think: it laid out in one afternoon all of the faults that the Bills need to address in the looming offseason if they want to get better in 2008 and finally end the playoff drought. I truly believe they can get there, if they do the right things. Yesterday's game pretty much wrote the Bills' faults on a piece of white paper and then took a pink highlighter and made them all stand out.

But it's still worth noting that I said before the season that I'd be impressed if the Bills managed to equal last year's 7-9 record with this much-younger team, after everyone looked at the players they sent packing last offseason and concluded that they'd be Teh Suck. My attitude was, "They were losing with those guys, and they can lose without 'em". Well, I've seen enough this year to make me think that they might be not losing, but learning how to win. And just think: these young guys will be coming of age when the Colts and the Force For Evil From Foxboro are in physical decline.

:: The Bills didn't self-destruct, and they didn't shoot themselves in the foot with disastrous mistakes, penalties, turnovers, and so on. Their failures yesterday were failures to capitalize and make things happen, not gaffes that allowed Cleveland to dominate. 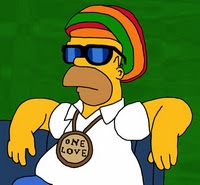 :: Trent Edwards. I'm cutting him slack because he's a rookie, and yesterday's weather at Cleveland was anomalous even for that city (and ours), but he's got to learn to play in snow sometime. It took until the fourth quarter before it seemed like he figured out how to keep his passes from sailing on him. 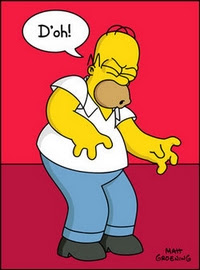 :: The line of scrimmage, on both sides of the ball. The Bills were dominated. Offensively, pass protection was decent but run blocking was inconsistent. Meanwhile, the Browns were able to contain Marshawn Lynch and they were able to control the tempo of the entire game with their own rushing attack. On offense, the Bills don't blow anyone off the line; on defense, the Bills to to get blown off the line. This has to be the top priority this offseason.

:: The Bills' receivers. I've been buying into the company line that the Bills have a number one receiver (Lee Evans) and a bunch of number three's, with no real number two. But frankly, after watching Evans fail to haul in passes that may not have been thrown on the numbers but were at least within range of his fingertips, and after watching yet another game where Evans's contributions didn't come until halfway through the third quarter (he had one catch in the first half, on a three-and-out drive), I'm wondering if what we have here is a number two receiver and a bunch of number three's, with no number one. And they don't have any real size at receiver, which is turning out to be a giant liability. There's nobody the Bills have who can outleap a typical corner for the ball.

:: Tight ends. The Bills' tight ends suck. There's just no other way to say it: they're a terrible bunch. And after dropping a perfectly-thrown pass on which he was wide open and on which he had nothing but open field ahead of him (he might well have scored had he caught the ball), Michael Gaines said this after the game (emphasis added): "I feel like I let my team down a little bit because if I would have caught it, I was one on one with the safety, and I like those odds." A little bit? Ya think?! Look, when you muff a pass like that in a game that you lose 8-0, I personally think that your postgame interview should consist solely of you repeatedly banging your head against the door of your locker while you say "Stupid! Stupid! Stupid! Stupid!" over and over. Ye Gods.

:: The Miami Dolphins. Way to win yesterday, you jerks. Now you have nothing to play for next week, when you take on the New England Iagoes. Dummies.

:: On the topic of the Iagoes, what is up with this "revenge on the Jets" and the chip on their shoulders? By what right do these guys get to be angry about anything? They're the ones who cheated! This reminds me of all those cop shows where the cop who turns in the dirty cop to Internal Affairs is ostracized more than the dirty cop himself.

Next up: The Giants come to Buffalo. Only two games left, and then it's "Wait 'til next year", and then I get my Sunday afternoons for movie watching.