Wine and Wind: A Weekend

(This is a "What We Did On Our Vacation" post, with lots of linkage to businesses we frequented and liked. Of course, this being WNY, it's followed by a commentary on some suddenly shitty weather.)

So this weekend was our third annual trek to the Finger Lakes for the "Grapehounds Winter Hounds" event. Grapehounds is a greyhound group that organizes a big meet-up every summer that revolves around touring Finger Lakes wineries, and the last few years they've added a late February version called "Winter Hounds". It's a low-key event where you show up with your hound, hang out with other owners, compare notes on how weird greyhounds are, and then go out to visit some wineries.

(For those not up on their NY geography, the Finger Lakes are a series of eleven long and narrow lakes in the middle of the state. They were formed when deep valleys gouged out by retreating glaciers filled with water, and the biggest of the lakes are sufficiently long and deep to create their own microclimate, which--combined with soil quality--is excellent for grape-growing, which makes the region one of the country's best for winemaking. It's also a region of lakes and streams and forests and waterfalls and gorges and Ithaca is there and quite frankly, if there's one place on earth where my soul resides, it might well be the Fingerlakes Region of New York. And even though it's not actually part of that region, I throw in Letchworth State Park, because it's of a similar geological claim and it's just west of Conesus Lake, the westernmost of the lakes.)

So we arrived at the hotel in Geneva, NY on Friday night, a little later than we'd wanted but hey, The Wife couldn't take off the entire day from her new job* yet, so there we were. A quick dinner stop at Livingston County Pizza Company in Avon, NY (a little miracle of a place randomly located in this really little town 20 miles south of Rochester) left us happy, and we got to the hotel and settled in nicely. A minor room-booking snafu resulted in us being on the fifth floor. We were initially worried as to how The Dee-oh-gee would handle the elevator, but even though it confused him a little, he was fine with it. 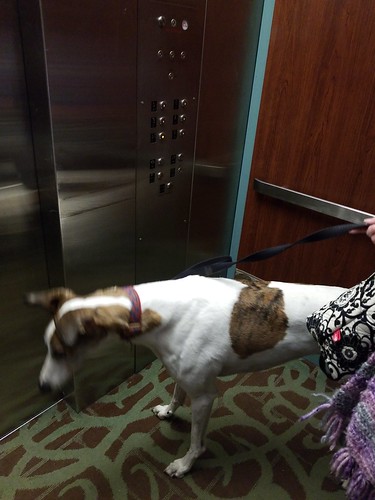 Our room was a little odd with some mismatched furniture--the hotel is gearing up for renovation, and I wonder sometimes if hotels don't keep a little-less-than-perfect room or two open just on the off chance it turns out they screwed up, which they did in our case. The room was perfectly fine, and it had this view, which helps. 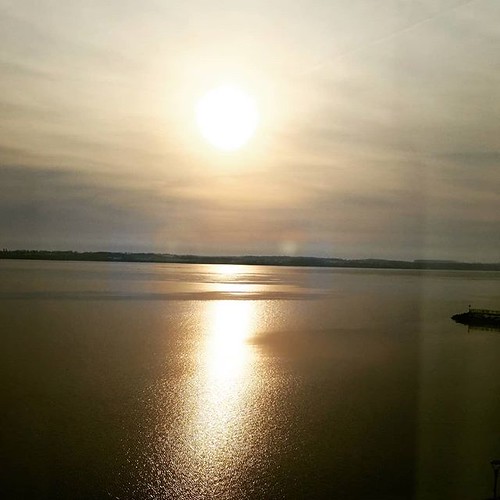 After breakfast at Water Street Cafe (gluten-free breakfast sandwiches, huzzah!), we spent Saturday driving down the eastern shore of Seneca Lake (the largest of the Finger Lakes), where we stopped at two wineries we had discovered on previous trips and liked very much: Seneca Shore Wine Cellars and Fruit Yard Winery. We strongly recommend these. In addition to many wonderful (and non-pretentious) wines, Seneca Shore is a "medieval themed" place. You go inside (it's a steel-sided barn from the outside, but don't let that fool you) and everything is castles and tapestries and dragons, in addition to the wine. Fruit Yard Winery, by contrast, is a red-sided farm-house looking place, low-ceilinged and cozy inside. They have a lot of good grape wines, but they also specialize in non-grape wines, so if cranberry or peach or cherry wine sound good to you (they do to us!), check it out.

After a lunch stop in Watkins Glen at the Glen Mountain Market (a good halfway point, and they make gluten-free sandwiches with sufficiently competent handling that The Wife has not had any cross-contamination issues in the two times we've been there), we started back up the eastern shore for stops at two more wineries. First was Atwater Vineyards, where we personally erred in choosing the "dry and semi-dry" flights to taste from. (A flight is a group of tastings; Atwater has several flights available of pre-selected wines, and you choose base on your taste). I don't know why we did this, as both The Wife and I tend to prefer sweeter wines. So we probably owe the Atwater folks another stop next year for their other products. We did, though, like their sparkling "Bubble Riesling" a good deal! We bought two bottles and already drank one.

By the way, here's the view of Seneca Lake from Atwater Vineyards's parking lot. They have a great location. 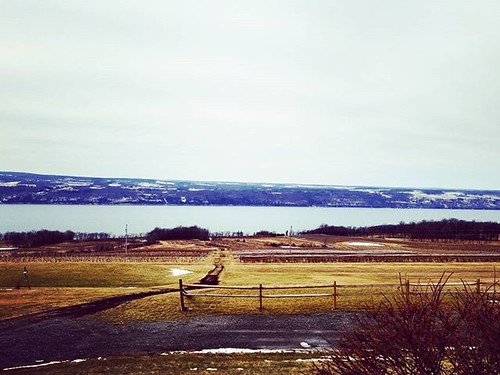 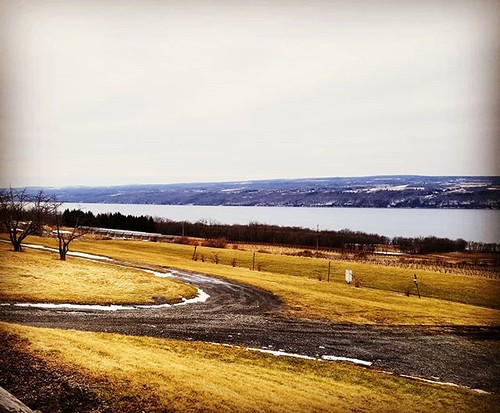 Our next stop was a really far-out kind of place. It's called the Rasta Ranch, and this is what it looks like: 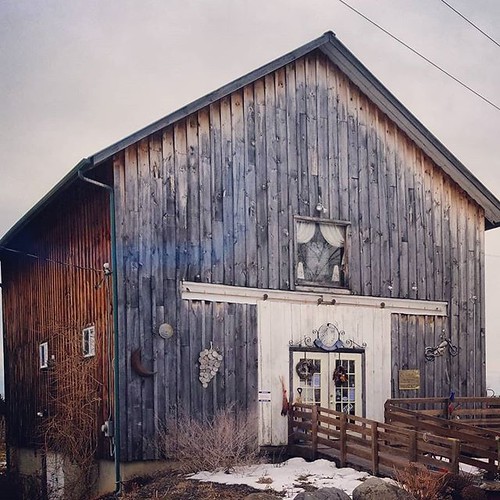 It's a weathered old barn. Driving up the driveway, you pass a tree hung with birdfeeders carved from old gourds. With a name like Rasta Ranch, you expect a place with a vibe of "What if a couple of old Woodstock vets decided to settle in the Finger Lakes and make wine," and sure enough, that's what this is. There's wine inside and lots of it, along with a whole lot of 1960s-era merchandise and decor. Tie-dye clothes, bohemian-style clothing, incense, hand-made mugs, a crate with old LPs of 60s music, and so on. The whole place is incredibly trippy. Naturally, we loved it.

And The Dee-oh-gee checked himself out in the mirror! 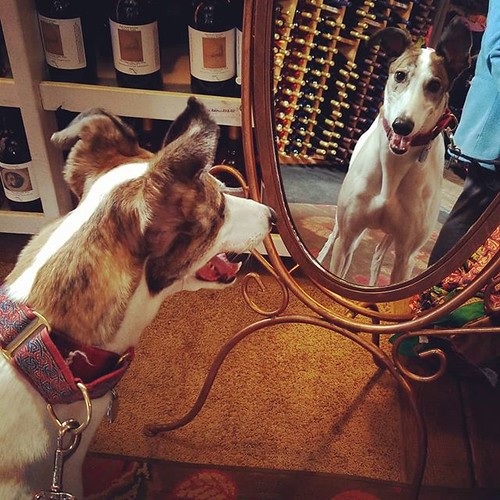 I think he approved of himself.

After the Rasta Ranch, we hung a right and left the Seneca Lake valley for the Cayuga Lake valley. (This is not a long drive, just a few miles. It's never that long of a drive from one Finger Lake to the next.) Here we made a stop to walk The Dee-oh-gee at Taughannock Falls State Park, one of our favorite locations, which is always amazing to see, whether it's speckled by the colors of autumn or shrouded in the ice of winter: 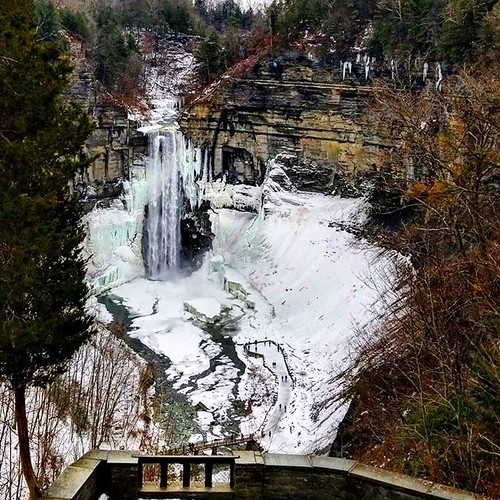 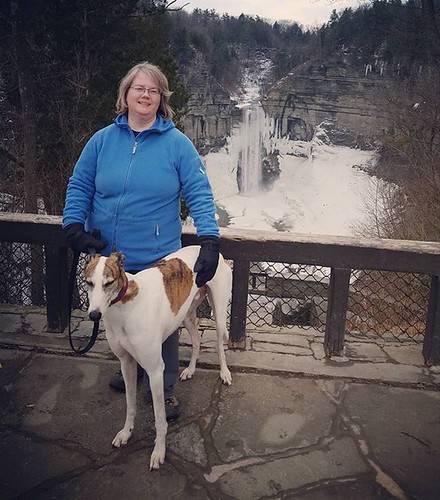 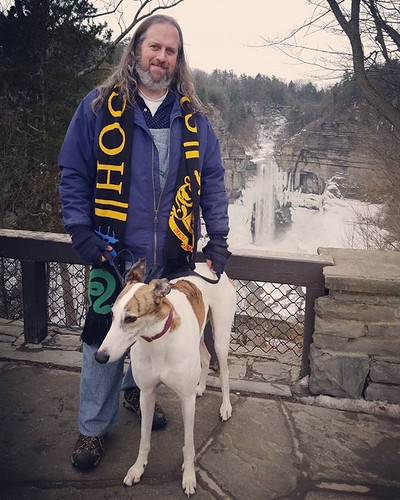 And then we made two final stops: the Finger Lakes Cider House, which obviously specializes in hard cider and is another newly-discovered favorite that we've frequented several times in recent years), and in a new stop, the Muranda Cheese Company, which obviously makes wonderful cheese. We had a great time there (five bucks gets you tastings of a dozen cheeses!), and from there it was back to Geneva, for one more new discovery. There used to be a gluten-free restaurant in Geneva that we liked a great deal, but it has since closed, sadly enough. But there's a new place called FLX Fry Bird, whose entire menu is gluten free (excepting a couple of bread options). We got fried chicken and poutine and, well, wow. 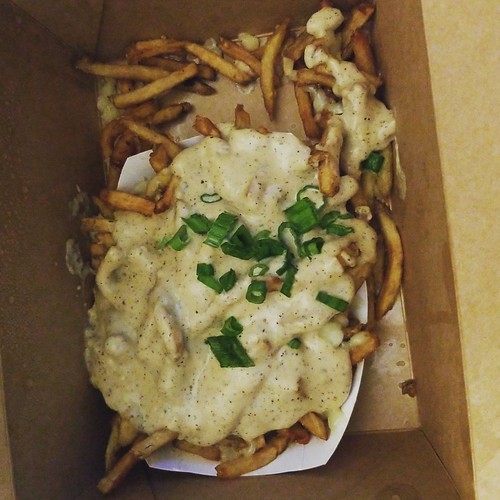 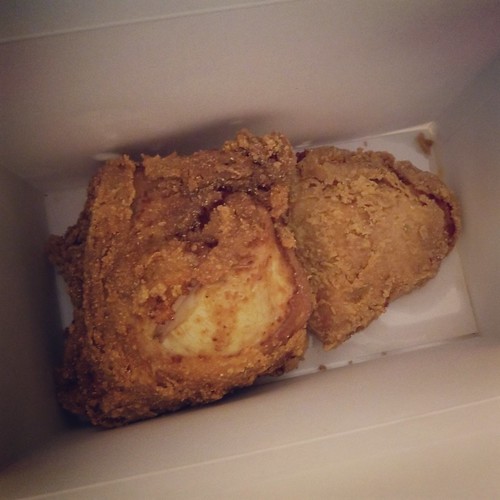 So that was Saturday. The next morning we decided to try and get back home to Buffalo as early as possible, because the weather was supposed to take a nasty turn. Something about record-setting low-pressure above the Great Lakes was to bring about some of the worst winds the entire region has seen in years, winds that would gather speed as they ripped up the length of Lake Erie to pound our region. And that's pretty much exactly what happened. As I write this on Monday morning (I'm taking one last day off from work), we still have power at Casa Jaquandor, but over 40,000 people in the Buffalo region are currently powerless due to fallen limbs and toppled trees and the like. There are many videos online of traffic signals dangling or in one case literally falling to the ground and shattering. At times the wind outside yesterday sounded like a freight train barreling by at high speed, and while the winds have slackened somewhat this morning, it's still very breezy out with gusts in the upper-40mph range. Peak gusts yesterday topped out at 74mph, which is not unheard-of around here, but it's very abnormal. We would have liked to have made a more leisurely trek home yesterday, but the weather forecast seemed to make haste a wiser approach, and I've no regrets on that score. The weather forecasters seem to have nailed this one.

In other local news, the most dramatic thing to happen is perhaps the breaking of the Lake Erie ice boom. This is a contraption of logs and chains that is deployed each fall across the place where Lake Erie outflows into the Niagara River. This barrier keeps large chunks of ice from flowing downstream, where it can cause flooding issues and also damage the intakes at the power plants that use the Niagara's flow to turn the turbines that run the generators. Some old-timers even speculate that the ice boom, by virtue of damming up ice and artificially keeping the Buffalo end of Lake Erie colder longer, is the culprit behind this region's notably crappy spring seasons. I don't know the truth of that, but yesterday the winds were sufficient to break the boom, sending ice downstream very rapidly. The winds also blew the ice-filled water so hard that the ice actually jumped the seawalls, resulting in scenes captured most dramatically by this fellow from Fort Erie, Ontario (which is just across the river from Buffalo). Warning: this guy talks a lot through his video and he swears constantly, so you might want to dial down the volume. The visual is the important thing, anyway.


Today in Buffalo and Erie County, most of the schools are closed as they assess buildings for damage or await power restoration. As of this morning there appear to have been no deaths from this storm, but everything is a mess and I imagine there are a lot of jangled nerves around the area as well. We'll get through, of course. We always do. The troubling thought is that winter isn't over yet....

And that'll do for the Weekend Wrap-up! One final pictorial testimonial from our trip: the Dee-oh-gee rarely falls asleep in the car, but after a full day-and-a-half of adventure, here's how he spent yesterday's couple hour drive back home: 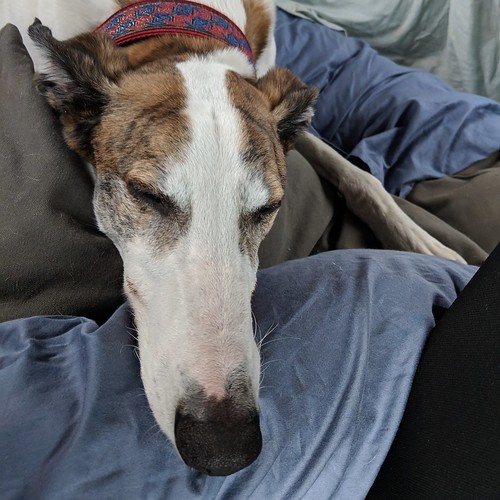 * Yes, The Wife has finally left the restaurant management world, and after years of having to creatively cram things we wanted to do into that schedule and picking-and-choosing which few things we could do of all the things we wanted  to do, and years of her being increasingly tired because the restaurant business will go on insisting on 50+ hour work weeks until a literal Act of Congress makes them knock that shit off, we finally feel like we have a degree of our lives back.
scrawled here by Kelly Sedinger at 9:37 AM