At Last! Another book finished! 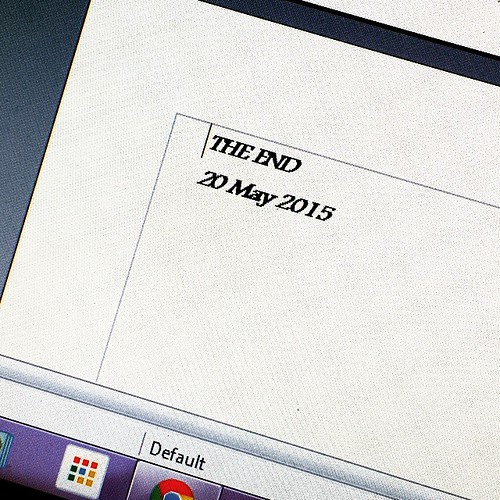 Last night I finally finished the first draft of Princesses In Space III: Die Harder. This one was really, really tough, folks. The ending was hard to do, and I imagine I'll have a lot of work to do at editing time. While this book won't hit the world for another year and a half, I am willing to say that I attempted some different things in this book, from a stylistic standpoint. I hope they work! And then there was the epilogue, which presented its own set of difficulties. (I'm a firm believer in epilogues, actually. I like to know at least a little bit of how life has gone on for the people in a story after the main conflicts are resolved. I've seen movies that start the credits rolling while blood is still flowing from the villain's mortal wounds, and that always bugs me.)

By way of statistics, this is the longest Forgotten Stars novel yet. The first draft clocked in at over 208,000 words, which is 28K more words than I had originally set as my upward limit. As I started nearing that total, however, I knew that I was in no way going to be able to bring the book in for less than that. I always strive to eliminate at least ten percent of the total word count at editing time, and then even more when I do my second round of slicing-and-dicing, so I'm sure the book will eventually settle in around the 180K mark. The Forgotten Stars books are generally long epics, but I am hoping to keep them from suddenly exploding in length, the way the Harry Potter books did. (Not that that particularly bothered me; I never really felt that those books were all that bloated, until the last one which did have some pacing issues in the middle. But that's for another day.)

Anyway, what's next? Editing Book II, of course -- I have to get The Wisdomfold Path up to snuff and then in the hands of proofreaders, which I hope to do by July. Then I'll probably do the first round of edits on GhostCop (not the actual title -- huh, I should really figure out what the hell that book is called, anyway), because I'd like to launch that series next year, maybe in summer. Then it should be time to start the first edits on Forgotten Stars III, probably in August; and then after that, as Wisdomfold Path is coming out, I'll start writing the first draft of GhostCop II: Boo! (really, really, really not the actual title).

Always working! By the end of the decade I want to have several books available, in several different series. I'm playing the long game here, folks!

(Oh, and I have an odd idea for a short story that I might attempt soon, too. And I can't forget about The Adventures of Lighthouse Boy, to which I will return at some point, because I love the idea of that story too much to not write it.)

Congratulations! I'm looking forward to seeing how this series develops. The wife is still working on the first one (been a busy time at work), but I thought you might get a kick out of something she said the other day while reading it. She is not a fan of a certain novel that I revere, so she prefaced it: "This might offend you a little bit."

Ha! Thanks for that! (I probably owe Dune a re-read one of these years. It's a book I admire more than love, for some reason.)

(Oh, and sorry your comment got stuck in moderation hell for a few days. I didn't get the notification e-mail, and I didn't log into Blogger for three days in a row.)

No problem there; I got a message that the delivery had failed, so I figured "I'll tell him on Facebook later..." Oh, Blogger.